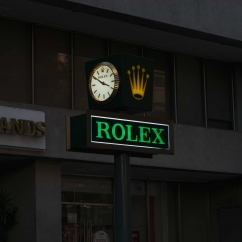 London, United Kingdom--Watches of Switzerland, the maker of Rolex and Patek Philippe timepieces, predicts that sales will rise by a fifth in 2022, hinting at a strong demand for luxury watches in the market.

[Photo by Nathan Aguirre on Unsplash]

According to a report, sales for the year to May 1 rose 40 percent to 1.3 billion pounds.

The group could well hope for a lucrative year, as its shares had reduced significantly — almost halved — this year amid a struggling market.

CEO Brian Duffy said in the report that he was "mindful" of the circumstances and could see no indication of a slowdown in demand.

Duffy said in the report that high-ticket items targeted a higher-income demographic, which has largely been unfazed by economic pressures.

America has emerged as a strong market too. The report added that sales had gone from 19% in 2019 to 35% in 2022, which analysts said hinted at a "clear supercycle of growth" in the market.