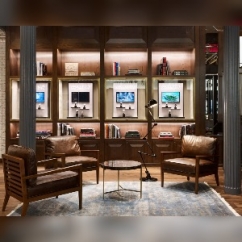 Braunstone, England--Luxury watch retailer Watches of Switzerland revealed first-quarter sales for 2022. As per a report, the numbers highlighted that its sales had more than doubled than the same period in the previous year.

[Image via Watches of Switzerland]

The company's CEO, Brian Duffy, said that demand continues to outstrip supply for an increasing number of key brands" including Rolex and Patek Philippe.

But it's not time to settle down. In another interview, Duffy said that the company expects a more challenging trading environment in the latter half of the year. "[W]e can't ignore that the world has a concern about economy, cost of living, inflation," Duffy said in the interview. "It will impact consumer sentiment."