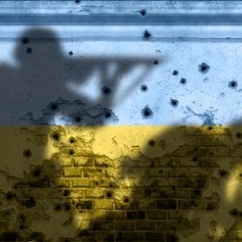 New York, NY—In response to Russia’s invasion of Ukraine, the Biden-Harris administration, along with the European Union, the United Kingdom and various other nations, has slapped a host of economic sanctions on Russia. Those sanctions prohibit certain types of trade with Russian state-owned agencies and with certain Russian individuals, in the U.S. named to the Office of Foreign Assets Control’s (OFAC) Specially Designated Nationals list. Read the details here.

Not surprisingly, the move impacts new diamonds from Russian miner Alrosa. The company, one-third of which is owned by the Russian government, is the world’s biggest diamond producer by volume and generates 90% of Russia’s diamonds. Alrosa has been focusing on its new jewelry brand Luminous Diamonds, centered around fluorescent stones.

It is important to note that the ban on Russian diamonds does not apply to goods acquired and paid for prior to February 24, 2022, but the Jewelers Vigilance Committee strongly advises companies retain all records pertaining to those goods.

In an alert to its members, JVC said any U.S. business that is currently transacting with Alrosa or Alrosa USA should evaluate the status of any transactions and work to ensure that their transactions do not violate the sanctions—which are somewhat confusing, because they don’t entirely bar U.S. companies from doing any business with Alrosa, only those involving “new debt of longer than 14 days maturity or new equity.” That could include memo goods, cautioned the JVC, recommending that any open memo agreements with terms longer than 14 days should be amended to shorten the terms and/or closed.

Further complicating matters is the fact that the company’s CEO, Sergey S. Ivanov Jr. has been classified as a Specially Designated National (SDN) by the Office of Foreign Assets Control (OFAC), part of a wider effort to target family members of the inner circle of Russian president Vladimir Putin. Ivanov’s father is former Russian deputy prime minister Sergey B. Ivanov; under U.S. sanctions since 2014.

The designation means Ivanov Jr. can’t do business in the United States or with any U.S. citizens, and any assets he has here will be seized. It also means a red flag and the need for extra caution, says JVC.

“When a business is not on the OFAC list itself but is controlled by a blocked person, OFAC urges caution when considering a transaction with that entity, [as it] may become the subject of future designations or enforcement actions. OFAC recommends that persons should be cautious in dealing with such a non-blocked entity to ensure that they are not dealing with a blocked person representing the non-blocked entity, such as entering into a contract that is signed by that blocked person.”

The American Gem Society has issued talking points for members in the event a customer asks about Russian diamonds. They urge jewelers to explain that that while supplier they did business with is ethical and the jewelry is high quality, they must obey the sanctions—and emphasize that any product acquired prior to February 24 is exempt from the sanctions and legal to sell. Should any customers wish to return Russian-made goods to the store, AGS advises members to have a policy in place around that situation.

Jewelers of America has been monitoring the situation as well. Both JA and JVC advise that U.S. businesses must determine if any of their suppliers or customers are using bank accounts connected to the sanctioned financial entities and if so, immediately cease transacting with those accounts.

See the full list of sanctioned entities and persons here. Search the updated Office of Foreign Asset Control Specially-Designated Nationals list here. To stay updated on all the latest information, click here to join JVC, while JA members can find more information on how to protect their business under JA Member Guidance.