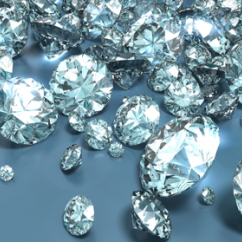 Dubai, UAE—The World Federation of Diamond Bourses (WFDB) concluded a successful Presidents’ Meeting at the DMCC in Dubai last week, even as government leaders in the United Arab Emirates signaled a willingness to cozy up to Russia, which is under sanctions from the United States, the European Union, and much of the world as a result of its invasion of Ukraine. Alrosa, the Russian mining company, is under sanctions in the United States and the EU.

If the UAE wants to play footsie with Russia, how would it impact the DMCC’s role in the global diamond industry?

Related: What To Know As Russian Diamonds Land On U.S. Sanctions List

The WFDB doesn’t set policy for the individual bourses, says spokesperson Sharon Gefen. Each bourse in the WFDB is independent and acts according to the laws and policies of its own country, she told The Centurion. But it’s not inconceivable that industry leaders—or government leaders—in countries that are currently sanctioning Russia could extend sanctions to others doing business with Russia. If that happens, it will create some major headaches for the diamond industry, which includes countries on both sides of the issue.

For instance, the UAE and Israel only recently formalized diplomatic relations and last week’s WFDB meeting included the official opening of the Israel Diamond Exchange (IDE) office in the DMCC. Israel, along with India, are both walking a tightrope with a neutral stance, and neither have placed sanctions on Russia.

In Israel, Naftali Bennett, Israel’s prime minister, and Yair Lapid, Israel’s foreign minister, are on opposite sides of the issue, says the Jewish Telegraphic Agency. Lapid, who leads the Yesh Atid (“There is a Future”) Party, embodies the left-leaning secular view of Israel as a modern Western nation, forthrightly condemned Russia. But Bennett, who leads the religious/nationalist Yamina (“Right-wing”) Party, sees Israel’s primary role as protecting Jews above all, and effectively said the war was nyet its business—especially as it needs Russia to keep Syria in check.

India has close ties with Russia as a major purchaser of Russian weapons, but it also doesn’t want to alienate the West, with which it also does a lot of trade.

But Tom Neys, spokesperson for the Antwerp World Diamond Centre, warned of the unintended consequences. He told Gazet van Antwerpen. “It is a blow that should hurt Russia but there is a chance that we do more damage to ourselves. The Russians can easily trade their diamonds with non-EU countries.”

Meanwhile, the WFDB meeting focused on the existing issues in the diamond industry: social responsibility, transparency, compliance and full disclosure. This was also the first time that representatives of the Young Diamantaires were invited to join the Executive Committee meeting and Working Session.

WFDB president Yoram Dvash called on the diamond industry to adopt the principles of social responsibility and transparency for the good of the industry.

“I call on us all to adopt these values. It is vital, if we want to protect the future of our industry.” WFDB bourse members were called on to comply with its Guidelines on Responsible Business Practices or face disciplinary action. The Guidelines include: responsible sourcing throughout the supply chain, respect for human rights, fair labor practices, protection of the environment, adherence to AML and anti-terrorist finance regulations, and full disclosure on laboratory grown, treated diamonds or simulants.

Previous article:
What To Know As Russian Diamonds Land On U.S. Sanctions List