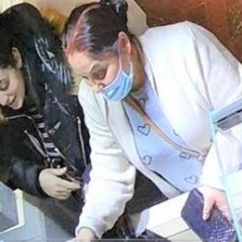 Nashville, TN—The two female suspects pictured above are wanted for a January 31 distraction theft in a jewelry store. For an hour, the women inquired about multiple pieces of jewelry. They flashed a stack of cash, but when they went to pay for the jewelry, they said they didn’t have enough money to cover the cost of the jewelry they selected. They left $200, vowing to come back with the rest of the money, but never returned to the store.

The store manager put a bag with the jewelry in the safe, and later learned that several rings and bracelets were taken. Video showed the older woman, in her 50s, slip several pieces of jewelry under her wallet and into her purse. The younger woman was described as in her 20s.

The two suspects were also reported to have carried out similar crimes in Fort Oglethorpe, GA on February 22, and another in Tennessee.

The Jewelers Security Alliance recommends jewelers show only one item at a time and make sure the item is returned. Distraction thieves try to cause confusion by requesting to see multiple items. Also, beware of customers who flash a wad of cash, a common trick of distraction thieves. Finally, keep showcases locked during a presentation except when taking out or returning a piece.

Anyone with information on these suspects or incidents, contact JSA at 212-687-0328 or jsa2@jewelerssecurity.org.

Next article:
Down The Shore: Man Finds Valuable Pearl In His Dinner