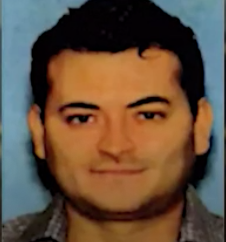 One such customer was John Holden, who wrote a $3,500 check for an engagement ring he never received. When calls and texts didn’t resolve the issue, he went to ALKU Modern Jewelers in person to find out what the delay was and found the jewelry store locked and dark. Holden says Mora stopped returning calls and texts about the ring.

Additional victims came forward as well, including a man who had paid more than $26,000 upfront for a rare Rolex Daytona that Mora never delivered. KHOU-TV11 says court documents show Mora owes more than $4 million to one business, also for watches he never delivered.

KHOU reports Mora has been indicted for federal fraud crimes as well as identity theft. He is also accused of theft and fraud-related crimes in Fort Bend County, TX. An attorney for Mora told WHOU that Mora “has every intention of fulfilling his obligations to his customers” but could not say when customers would be refunded or receive the items they’d paid for.

The Fort Bend County Sheriff’s Office is offering a $5,000 reward for information leading to Mora’s arrest.

Thankfully, bad actors like these jewelers are rare, but Mora isn't the first to pocket customers' money and not deliver the goods. Last year New Jersey jeweler Anthony Goltsch, owner of Golden Goose Fine Jewelry & Gifts in Rumson, was charged with multiple counts of theft for failing to return or pay for jewelry that customers left for repair or consignment.