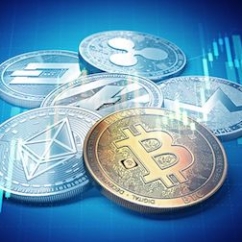 Merrick, NY—Believe it or not, Bitcoin is 10 years old. The best-known cryptocurrency—launched in 2008 during one of the world’s worst financial crises—has careened wildly in value since its inception, from almost $20,000 to less than one cent per Bitcoin.

The Bitcoin network has racked up some impressive market capitalization, and some 3,000 other cryptocurrencies have been launched since Bitcoin, but even a decade later, adoption of cryptocurrency as a method of payment still is relatively rare.

Part of the reason is that people simply don’t understand it. As discussed in Part One of this special Centurion Newsletter series about blockchain technology and cryptocurrency, AARP humorously defines Bitcoin as “a bunch of computer code that a bunch of criminals, idealists and speculators agree is worth “real” money. Sadly, its real-money value swings widely, making it impractical except for criminals, idealists and speculators.”

AARP isn’t far off. But that might be due to change, according to this report in The Independent. Experts believe mass adoption of cryptocurrency may be just around the corner, poised to increase as much as 5,000% in the coming decade. While Bitcoin, specifically, may find competition nosing in on its market share, cryptocurrency in general has the potential to change the way the world handles money, makes transactions, does business, and manages assets, among other things, says the article.

Related: Blockchain: Coming Soon To A Store Near You

“To properly understand what a cryptocurrency is, let us first look at a standard currency, like the U.S. dollar. These are issued by the Federal Reserve Bank, which also guarantees their value. There was a time when every U.S. dollar was backed by its equivalent value in gold bullion, which was held by the government in Fort Knox. When the country went off the gold standard in 1933 and then severed the link between the dollar and gold in 1971, the government assumed that the public’s trust in the Federal Reserve and the economy was sufficient to maintain its faith in the dollar.

“A standard monetary system requires a physical record to operate. At its most basic level, this is done by handing over banknotes and coins when you buy something. They used to be in your possession and now they no longer are.”

But most transactions today are carried out electronically between bank accounts or through credit cards, he says. In both those cases, a third party—banks and credit card companies—confirm that the money has moved from one place to another, effectively making them partners in every transaction that takes place, at massive cost.

“The Organization for Economic Co-operation and Development (OECD) has estimated that about 20% of the total gross domestic product in developed economies is accounted for by the financial services center. And in an increasingly global economy, where there are vast sums to be made in the buying and selling of foreign currency just to complete purchases of goods or services, the number is likely to climb considerably,” says Avidar.

A cryptocurrency is, in essence, a monetary system made up of a finite number of digital units, he explains. In principle, they can be issued by anyone, but they will become a trusted legal means of tender only when a sufficiently large number of people buy into the premise that they have value. This creates a financial system—and, as international legal tender, one that is independent of the fluctuation of the foreign currency markets.

But this hasn’t quite happened yet, which explains the volatility of Bitcoin.

“There was in a strong uptrend in 2016, when it posted a more than a 100% annual return on the U.S. dollar. It then went ballistic between March and September 2017, when its value surged from $2,975 per Bitcoin to an all-time high at $19,892. But, then the market went into a freefall, which pretty much has continued to this present day. Bitcoins are now trading about 54 percent below the value of where stood at the end of last year,” says Avidar.

He believes cryptocurrency needs to be backed by something with proven value, not just given an arbitrary value because someone says it has value. That, he says, is the difference between standard cryptocurrencies and his firm’s CARAT coin.

Related: New Diamond Based Cryptocurrencies to be Unveiled at IDWI 2018

“With our CARAT coin we wanted to a create a different type of digital token, devoid of the volatility that is so characteristic of its counterparts. We wanted to establish something that was stable and predictable.” Like the old U.S. gold standard, every CARAT token is backed by physical, natural, high-quality diamonds, which Carats.io buys on the open wholesale market, says Avidar. It value is set not by supply and demand for the token itself, but rather by the average price of polished diamonds, which Avidar says historically are a remarkably stable financial asset.

Carats.io isn’t the only company looking at using real commodities to back virtual currency. In addition to Carats, Cedex, another diamond-backed cryptocurrency, plans to launch in Q4 2018. Tiberius is a new Swiss cryptocoin backed by the value of seven metals (copper, aluminum, nickel, cobalt, tin, gold and platinum) also launching by year’s end, ZrCoin will peg its value to the production of industrial zirconia, and Tether is pegged to the U.S. dollar.

“Backing digital currencies with commodities (such as oil, gold, diamonds, etc.) or fiat (such as U.S. dollars, Euros, etc.) has many advantages,” explains Daniel Israeli, a lawyer in the Capital Markets department of Tel Aviv-based law firm Barnea, in an article in Lexology.com. “Backing cryptocurrency with something tangible reduces price volatility, and opens the blockchain to a new kind of investors and traders, without even touching on the use of such digital currencies as actual methods of payment,” he told Lexology.

While cryptocurrency may someday be legal tender for consumer jewelry purchases, its real value to this industry may lie in providing financing and credit to the sector now that so many banks have exited.

Though Avidar feels the credit crunch in the industry stems not from jewelers being un-creditworthy but from banking legislation unfavorable to small and medium-size companies following both 9/11 and the financial crisis of 2008-2009, he says banks are unlikely to return to lending in the sector. Companies that need financing, therefore, could turn to a cryptocurrency system instead. This industry wouldn’t be the first, as this article in Bloomberg Businessweek explains.

“If a manufacturer needs to obtain a loan, does it not make sense that he or she provides securities in diamond-backed digital tokens, rather than in real diamonds, which would be withdrawn from circulation during the period of the loan?” says Avidar.