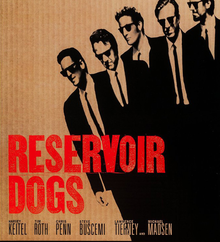 Hollywood, CA—Did you know the film that first rocketed award-winning director Quentin Tarantino to fame was about a jewelry heist? Tarantino, whose films are renowned for gut-wrenching plot twists and more than a few graphically violent scenes, recently announced he's planning to retire after his next film, whatever that may ultimately be.

In an interview with Bill Maher, the 58-year-old Tarantino says he wants to retire on top, rather than possibly produce a string of mediocre films that don’t compare to his earlier efforts. The director—who counts Pulp Fiction and the Kill Bill series among his classics—rose to prominence with Reservoir Dogs, his 1992 debut about a major diamond heist starring Harvey Keitel, Chris Penn, Steve Buscemi, and more actors who now are regular A-list names.

Tarantino admitted to Maher that he considered a reboot of Reservoir Dogs for his career-ending swan song—but quickly dismissed the idea. Whether or not jewelry or diamonds will be part of the plot of whatever movie he does produce remains to be seen.