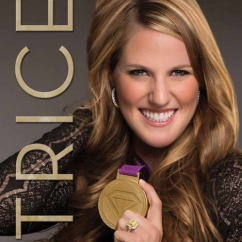 Centennial, CO—What better way to get your customers to respond to your marketing efforts than to simply make them a part of it?

For Trice Jewelers, featuring customers in their annual Wish Book has been the single biggest driver of success for the business, while for customers, it’s a badge of honor to be featured in the publication, which features a variety of local influencers ranging from successful members of the business and nonprofit community to TV celebrities, players and coaches from the Denver Broncos football team, Olympic athletes, and more. Past cover stars include Ben Higgins, former contestant and star of The Bachelor (2018); Missy Franklin, five-time Olympic gold medalist (2016, shown left with a gold medal bearing the Trice logo), and Champ Bailey, former NFL cornerback (2014).

“We have people that request to be in the catalog. It’s in high demand from our customer base. They always ask our salespeople how they can get in our catalog!” says Jennelle Kubina, Trice Jewelers’ marketing director. Of course, Trice Jewelers also invites various individuals to participate as well. 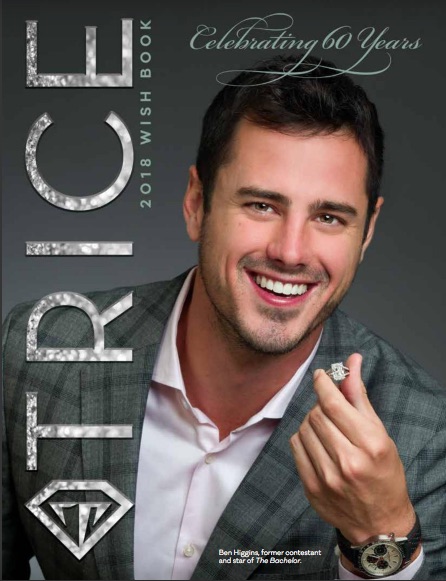 The 2018 catalog, above, featured Ben Higgins of The Bachelor. Below, former NFL cornerback Champ Bailey graced the 2014 cover. 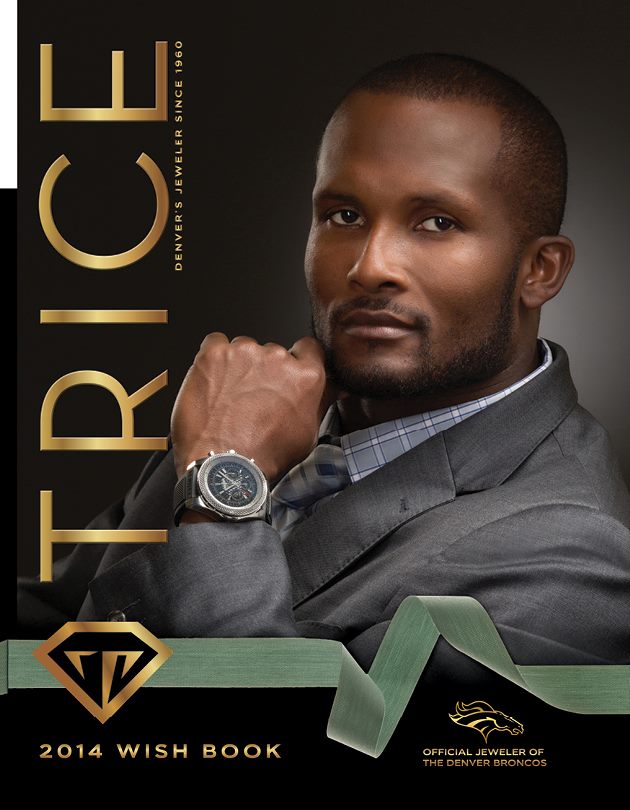 Although the first catalog was printed in 2006, the early editions just featured jewelry. The concept of including customers and jewelry together began in 2011 and that, says Kubina, is when the magic of the Wish Book began.

“When I came here, I thought it was genius! Using customers in the catalog creates word of mouth among their friends, it makes them very happy and they use it on their social media pages, and so on. I like to think of it as printed social media.”

Although the jeweler advertises heavily on radio and digitally, the catalog is Trice’s single biggest marketing strategy, says Kubina. Each edition’s print run is about 80,000; 65,000 are mailed out to customers and potential customers in selected demographic areas and zip codes in early December, and the rest are kept in the store for distribution throughout the year.

The annual launch of the catalog is a major event as well. Every year the jeweler hosts a private launch party the weekend before Thanksgiving, for all the catalog models to come to the store. There are prizes and jewelry giveaways and every model’s photo is blown up to 24” by 36” and placed along Trice’s walls and on duratrans. But they’re all covered up when guests arrive, because the moment of unveiling is a big deal. It’s the first time the models get to see their final pictures and, as Kubina says, they all go crazy. 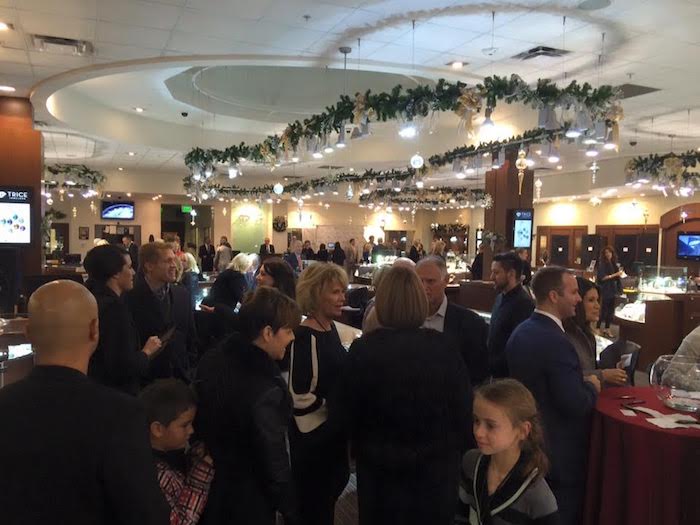 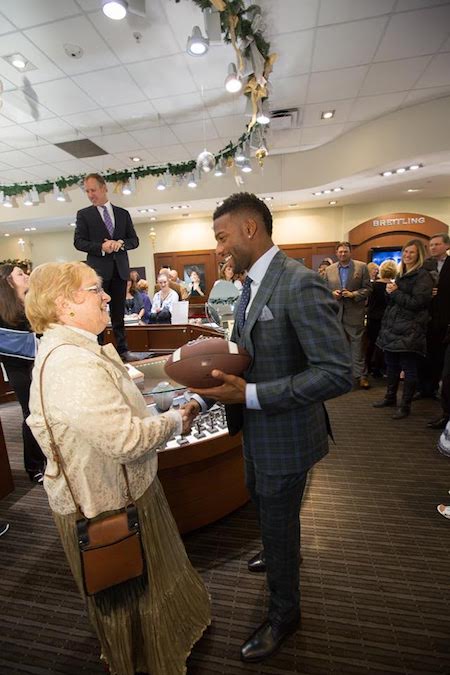 Denver Broncos' wide receiver Emmanuel Sanders at one of Trice's Wish Book launch parties. One of the gifts raffled off that evening was a football signed by Sanders.

“They love it! We have a professional hair and makeup person do each model before their photo shoot, and they’re draped in jewelry, so it’s like a free glam shot for them,” Kubina says. Models are typically draped in Trice jewelry, of course, but many have special pieces of their own they want to wear, so Trice gets it all clean and sparkling for the photo shoot.

And of course, all the models want to share their photos on social media. The jeweler gives them the foamcore-mounted images to take home and also provides a high-resolution digital image for each model. Models do sign off on the use of their images, says Kubina—and the store can use them anywhere.

The book is produced in-house with some outside help. It’s a four-month process every year, with input from Ralph Klomp, Trice chairman; Justin Klomp, president; Jennelle Kubina, marketing director; and Wendy Duncan (Justin Klomp’s sister), creative director, who has her own agency but still maintains family ties to the store. Catalog design is done by Stephanie Courtemanche, Tammy Klos, and Wilson Powell; model photography is done by Pauline Fortuna of Fat Tuna Photography. She lives in Japan but the Klomps fly her in to do the catalog every year, says Kubina. Hair and makeup are done by Ron Lopez and Tiffany McCray of El Salon.

Even before the launch party, the jeweler teases the event with online videos showing some of the behind-the-scenes making of each year’s catalog. And of course, the catalog provides outstanding opportunities to repurpose material in social media all year long. 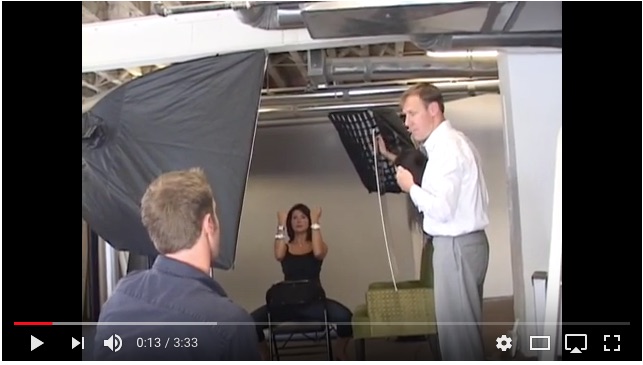 What would a magalog be without advertising? Many of the brands Trice Jewelers carries do advertise in the catalog, either as part of a co-op program or in a few cases, a page rate. “That’s all on a case-by-case basis,” says Kubina. Some of the small designer brands the store carries don’t have co-op programs or money for a page rate so other arrangements are made.

“Justin calls it the most successful marketing tool we have,” Kubina told The Centurion. “People bring in the catalog and buy from it, so we know it’s working! They also know they have to get in here early after it comes out the first week in December to get best selection.”