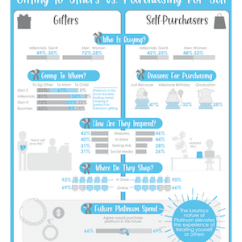 New York, NY--Platinum Guild International USA has released an easy-to-navigate infographic that will enable retailers and brands alike to better understand the mindset of ‘gifters’ versus that of self-purchasers. Based on a research study conducted by 360 Market Research on behalf of PGI USA in late 2020, the infographic delves into several key differences which the industry should be mindful of when developing consumer-facing messaging, whether for advertising programs, in-store promotions or social media campaigns.

“We feel it is very important to continue to share our research with the industry,” noted PGI USA President, Jenny Luker. “This particular study showed that in the cases of both the gifters and self-purchasers, more than two-thirds plan to purchase platinum in the future, which signifies the opportunity for jewelers, retailers, designers and brands across the board to focus on platinum as a business segment.” 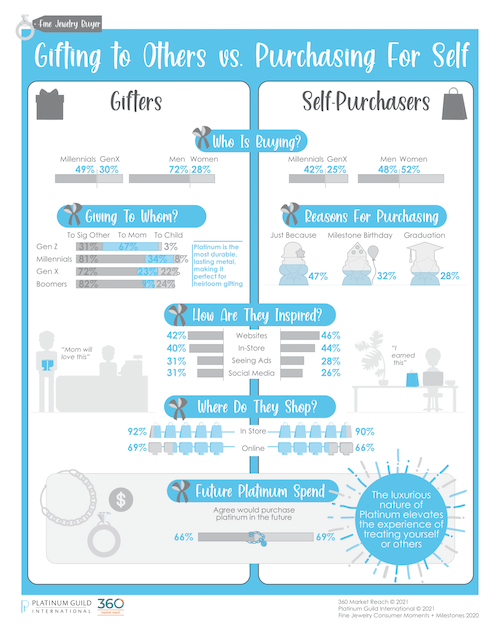 The infographic is available for download in a larger format at www.platinumlearning.com/helpful-hints. For more information on the research findings, please contact PGI USA’s Marketing Coordinator, Mackenzie Keefe, at mkeefe@pgiglobal.com.

Previous article:
NDC: These Are The Top 5 Diamond Jewelry Trends Your Customers Want For Fall