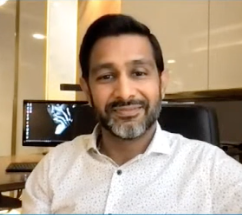 New York, NY—Amish Shah (image), president of high-end lab-grown diamond company ALTR, appeared on NASDAQ.com’s #TradeTalks for an interview to address Pandora’s recent announcement that it would use only lab-grown diamonds in its jewelry.

Trade reaction to Pandora’s announcement was both swift and negative—not about the company’s decision to use only lab-grown stones, but about its positioning of them as a more ethical choice than natural diamonds.

Related: Pandora’s Bucks & Lab Grown Diamonds, And What Was So Bad About Its Recent Announcement

In the interview, Shah told NASDAQ reporter Jill Malandrino that he believes Pandora’s move is just the start of more accessibly priced fashion-focused jewelry lines being able to offer diamonds.

Shah adeptly dealt with the thorny question of how natural diamond companies have responded and, to his credit, did not dive into the ethical/sustainable fray but rather focused on the long-term positive he sees coming to the jewelry market overall.

“In every industry where there’s change, there’s some grudge,” he told Malandrino. When the disruption first happens, there’s resistance, but ultimately, he says, the bigger picture is going to be good for everyone because it will expand the entire diamond category. It will bring in new consumers for both gifting and self-purchase, and allow the creation of jewelry that was never possible to be profitable if made with natural mined diamonds, he said. In other words, it’s the classic adage of a rising tide lifting all boats.

Click here or on the image below to watch the interview on NASDAQ.com. 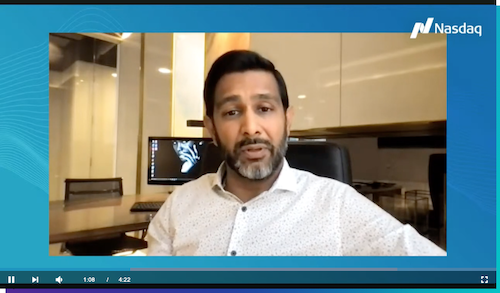 Previous article:
The New Key to Digital Marketing Success for Jewelers in 2021

Next article:
Team Discussions Can Lead to Effective Training for Your Store