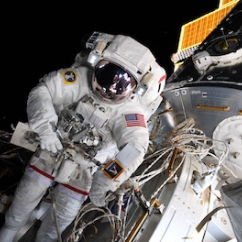 New York, NY—One of the best ways to engage a customer during the sales process is to go beyond basic features and benefits and share interesting fun facts to help romance the jewelry. Both images, NASA.

For example, in selling the virtues of platinum, a sales associate would typically explain how it’s the strongest metal (feature), which means it’s going to be more a secure setting for a diamond and less likely to result in losing the stone (benefit).

Your customer will nod politely and process the information. It may or may not result in a sale.

But what if you told them platinum has an important role in space exploration? Platinum catalysts in hydrogen fuel cells were part of the pioneering technology that paved the way for the first moon landing in 1969, as well as being used on NASA’s Space Shuttle missions. Today, a lunar rover that uses platinum-based fuel cell electric vehicle technologies is being developed in a collaboration between the Japanese Aerospace Exploration Agency and Toyota Motor Corporation.

Now you’ve got their attention!

Especially since we’re looking to return to the moon. NASA’s Artemis lunar exploration program hopes to send the first woman and the next man to the surface of the moon. Through the Artemis program, robots and humans on the lunar surface will search for, and potentially extract, resources such as water that can be converted into other usable resources, including oxygen and hydrogen. By fine-tuning precision landing technologies as well as developing new mobility capabilities, astronauts will travel farther distances and explore new regions of the moon. This knowledge will be used to establish a sustainable presence on the moon that will eventually enable future missions to Mars. 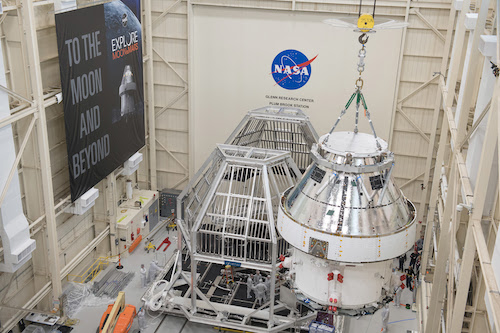 Bringing in interesting facts outside the realm of jewelry helps to capture the customer’s imagination. Anyone who’s interested in science, sustainability, or the advancement of women would look at that information and think, “wow, I want to be a part of that,” and tell their friends about it when they show off their new ring.

Platinum catalysts have hydrogen-related applications which could benefit the Artemis program, especially given the recent focus on the sustainability of human missions to the moon and, in due course, Mars. If resources that already exist on the moon can be accessed using platinum-based technologies, this will decrease the cost and complexity of remote missions by reducing the need for supplies delivered from Earth. For example, it is hoped that hydrogen – a vital fuel source for the space program – can be derived from lunar water sources, through electrolysis. Platinum is used as a catalyst in one of the two leading electrolysis technologies currently available.

While ‘boots on the moon’ are not expected until at least 2024, it is an ambitious program that aims to open a new frontier in both space travel and platinum.

For more information about platinum’s uses beyond jewelry, see PGI USA’s "Platinum Beyond the Bench" series, where this article originally appeared. Information provided by the World Platinum Investment Council.

Previous article:
Why Good Store Design Can Boost Sales By 30%

Next article:
Top Sales Opportunity: Polish Up Your Bridal Presentations