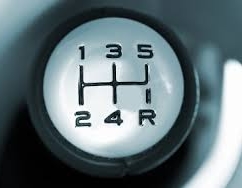 Merrick, NY—In last week’s edition of The Centurion Newsletter, we addressed some of the still-pervasive discrimination against women in the fine jewelry industry: everything from overt sexual harassment to a more subtle form of discrimination, the unconscious bias.

Coincidentally, two days after The Centurion article came out, a Canadian jewelry designer took to Facebook with her experience of bias at the sales counter; in this case as a customer in a hardware store.

Hannah Padzerka, founder and CEO of Alberta-based Art Of Gems, went to a local hardware store to find a drill bit for her Foredom flex shaft. Three male salespeople not only refused to believe her assertion that Dremel brand bits don’t fit the Foredom base—but also addressed their remarks to her husband, who isn’t a jeweler and hadn’t touched a Dremel for any purpose in 22 years. Her frustration reminded me of a few now-funny incidents I experienced myself at car dealerships.

“It doesn’t have a clutch, so it’s lady-friendly.” Cue the death-ray glare.

“So you drive a stick, little lady?” Yeah, pal, better than you, I bet. Wanna try me?

Ok, so those examples at the car dealer and hardware store are both in industries that are notoriously male-dominated. Surely jewelers wouldn’t be so obtuse.

While little things like asking your female staffers to fetch coffee for a meeting can be construed as discriminatory if your male staffers don’t also take turns doing the coffee run, subtle biases can and do happen at the sales counter.

About 15 years ago, I did a bit of mystery shopping with another female colleague for my editorial page at JCK. In the course of an afternoon we visited a half-dozen jewelry stores to see how we were treated. I’m happy to say that for the most part, we were treated well; no Dremel or stick shift incidents at all. A few male sales associates seemed a bit flustered but clearly they were trying their best. There was only one store—the now-defunct Christian Bernard—where we were completely ignored by both male and female associates.

A male customer had entered the store just ahead of us, and two sales associates swarmed over him. Another continued whatever paperwork she was doing. After a perfunctory hello, nobody acknowledged us or came over, even after we pointedly discussed a pair of diamond earrings in one of the cases.

The next day, which happened to be the Friday before Mother’s Day, I went back with my husband, just to see how I would be treated in that case. (Caveat: not being parents, we blanked on the fact that it was almost Mother’s Day.) We walked up to the lease-line counter and immediately were greeted by a (female) sales associate. Unconscious bias number one: that two women browsing are just amusing themselves and a couple browsing is planning to buy.

She pulled out a diamond necklace and immediately launched into her Mother’s Day gift pitch.

“Gee, honey, do you think the cats would buy me that for Mother’s Day?” No, the cats weren’t feeling quite so flush. She tried again with a pair of earrings.

Unconscious bias number two: even after the obvious hint, she didn’t pick up that we aren’t parents. In our case it’s by choice, but what if it weren’t? Imagine how that would make a customer feel? Would they ever want to shop with you again?

I also have a dear friend who, after a bad divorce, has no desire to marry again. “I married myself!” she proudly proclaims. An accomplished medical professional, she even bought herself a gold ring and a little cake to celebrate her independence. But how many jewelers, upon seeing her ring, would ask if she wants to put an item on a wish list to show her husband?

It’s hard to put our natural assumptions aside, even when they can land a foot squarely in your mouth. I have to admit I probably also would have assumed a couple of child-rearing age shopping on the Friday before Mother’s Day were parents—but I also like to think I would have picked up on the cat clue.

We all have subconscious biases and we all make mistakes. For the most part, a genuine apology should right the situation, and may ultimately make you a good customer, especially if you can find some kind of common ground afterward.