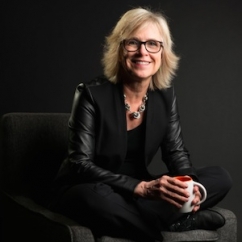 Jill Konrath, author of Agile Selling, says performance goals can be highly motivating—if you have the skills to achieve them and if you had input into them. But what if those goals are imposed on you without your input as to what you believe is realistic? Or what if you’re dealing with something that’s entirely new and you’re still on a learning curve? No matter, you still have to achieve them.

Konrath, whose seminars recently have been presented at Microsoft and Hubspot, says research has proven that when an associate is falling behind in performance-based goals, their natural instinct is to protect their ego and find external reasons—the marketing, the product, whatever—to blame for their failure.

But when the goal is focused on getting better—acquiring a new skill, mastering a challenging situation, et cetera—associates’ performance is actually likely to be better than if their goal is to hit, say, $3 million in sales. Shooting for a far-off measure of success often is counterproductive, says Konrath. Instead, associates who focus on a goal of “getting better” tend to both set higher targets and achieve them.

Why? Because they work harder and plan better and improve every single client interaction—which, in the long run, increases their overall sales.

Click here to read her full article and watch a short video.