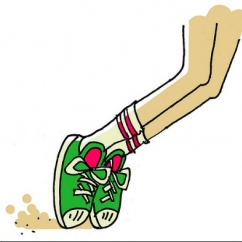 New York, NY—Everyone knows “that” customer—the one who initially loves the product, loves the company and seems like a slam-dunk. But as you’re about to close the deal, they suddenly panic and start dragging their feet, asking questions and doing everything they can to delay the closing process. So you go back and answer their questions patiently, again, and still they don’t go for the “yes.”

A.J. Agrawal, CEO of Alumnify Inc., suggests turning the tables on this customer. As long as they’re asking questions and you’re answering, they’re in charge and they know it. But in a recent article in Inc. magazine, he says the deal can be turned quickly if you suddenly take charge, dictating the time you will spend on this transaction and making it clear you will walk away if it doesn’t wrap up soon.

Used correctly, reverse psychology can work to close a deal, he writes. It’s scary, and counterintuitive to what is usually taught in sales training, but when the buyer goes from feeling like his business is a big prize for you to win to feeling like he’s applying for a job with you, his attitude changes.

Agrawal described one instance where he gently interrupted a foot-dragging customer to say he had several more meetings that day and needed to wrap things up. He wanted to spend the last few minutes of that meeting getting more information on the buyer and the company, because his firm was trying to be selective in who they work with and he wanted to ensure that buyer was a good fit.

While Agrawal admits he thought he’d lost the deal on the spot, in reality it turned the buyer’s attention around and made him want the deal now that he realized he wasn’t in control of it.

Agrawal applied more pressure by saying there was no pressure. “Listen, I think we'd be a great fit for each other, but if our values don't align maybe it's not a good time to partner,” he told the stunned customer, who hastened to reassure him it was.

For this buyer, he explained, it was imperative to stress that he would walk away.

“When your customer knows you can live without his business, it'll change the environment in your favor. This is going to be scary for you to try at first, but if used properly it will help you close stubborn customers,” he says.

Editor's note: While Agrawal's article is focused on a B2B situation, a similar strategy can be adapted for a retail situation. For example, the customer wavering over a significant purchase may be more inclined to make a decision if there's another customer also looking at the same piece.