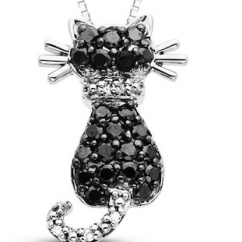 Merrick, NY—If procrastination were to be considered an art form, then I would no doubt be revered and held at the same level of esteem as the likes of a Picasso or Mozart! Ok, maybe that’s a bit dramatic or over the top, but when it comes to purchasing timely gifts, I’m pretty confident that I have few peers when it comes to shopping at literally the last minute.

Due to the importance of this particular gift-giving event, our fifth year wedding anniversary, I swore to myself that this time would be different. I would utilize due diligence in finding my wife, Jill, the perfect gift. Don’t get me wrong, I’ve attained Mozart-like gift-giving status because I’m really, really good at finding great presents as the time clock approaches zero. Proof of that would be the year that I waited until after work on the 24thof December to start my Christmas shopping!

Granted I have a pretty small family, but still, I even outdid myself on that one. The thing was, absolutely everyone loved what I got them.

Back to the dilemma at hand. Five years is a big one, right? Year one was another one of my last-second wins. On my way home from work I stopped by the mall and procured a sexy negligee from Victoria’s Secret, a heart-shaped chocolate, a cute card and a bottle of Moet. I’m happy to report that my little surprise package was extremely well received and I don’t mind admitting that I was late for work the next morning. The champagne had nothing to do with it.

Oh right. This is about my five year anniversary gift. See, I told you I was the king of procrastination. Anyway, so with my not having any idea as to the direction in which to go, I phoned a friend. Actually it was couple of friends, and the general consensus came down to one thing: JEWELRY!

I was afraid that was going to be the answer, as I hate everything about shopping for jewelry—especially when I have no idea as to what I’m looking for. I resent shopping for anything where the price is not clearly marked  (a pet peeve). Buying an engagement ring was fairly painless because at least I knew what the end game was. But this was a wide open highway of possibilities and I was clueless.

At two days and counting was Attempt #1. I figured I’d start my journey at the store right in town. You know, support the local merchants and all that. As I enter, I swear the door hadn’t even completely closed yet when a sales associate came swimming over like a killer whale and said, “Hi, I’m Jenny, can I help you?”

I’m sorry, but for me that’s a major turn-off. So naturally I come back with the standard “no thanks, I’m just looking,” to which she predictably responds, “no problem, (another pet peeve) just give me a shout if you need any help.” I wouldn’t have had to shout, she was stalking me with her eyes the whole time. After about five minutes, I’d had enough. Bye-bye!

Attempt #2, with one day to go. My experience with Jenny had ticked me off so much that I shelved my search for the day. The following afternoon, I had a huge presentation to the board of a potential client that if it went well, would garner my firm a huge contract that would virtually double our bottom line. Obviously wanting to look my best, I donned the ridiculously expensive designer suit that pretty much wiped out my previous paycheck.

I’m happy to say it went great and I was on cloud nine. Anniversary #5, however, was never far from my mind and on the way home I stopped at the biggest and most well-known jeweler in the area. To “Nancy’s” credit, she at least waited until I was actually in the store and standing in front of one of the display cases before she offered her assistance. With only two days left on the clock, I was ready for some help regardless of her approach.

Again not knowing exactly what I was looking for, I figured I had to start someplace and asked her to show me some necklaces. Well I guess that my $1500 suit led her to believe that I had bottomless pockets and she proceeded to show me a beautiful necklace adorned with sapphires and diamonds. I have to admit that it was indeed stunning! Of course there was no price tag readily apparent and when I inquired as to the price of this lovely piece I nearly fainted! It was $17,999. That might be pocket change for most of their customers, but it was about 20 times more than my budget would allow.

Nancy obviously noted the sticker price shock that almost knocked me over and that I was clearly overwhelmed. I asked if she had any other pieces that were a little less extravagant and she pulled out two or three alternatives. These were much more reasonable, in her mind anyway, in the range of five to 12 grand. At this point I was so embarrassed that I just wanted to slink off and crawl into a little hole. In order to lamely try to get out of there with my pride intact, I told Nancy that I was torn between two of the three pieces she just showed me. I said that I had a few other errands to run and that I’d be back the next day to finalize my choice. Needless to say, I had no intention of ever gracing that establishment with my presence again.

Attempt #3, aka D-Day, or should I say, A-Day. So much for not waiting until the last minute. Here it was, anniversary day. It was Sunday and while we’re both usually off, Jill had to go in to the animal hospital where she’s the head administrator and finalize the following month’s employee schedule. This gave me about a three-hour window to get this thing done.

With little time left and a touch of guilt for not having given Jenny much of a chance, I decided to go back and give us both a redo. After my experience the day before, I opted for a less-than-one-percenter look in my attire, and showed up wearing battered jeans and a sweatshirt.

Sure enough, when I walked in Jenny was there and ready to pounce. At least this time she waited until I walked up to the counter before she addressed me. “Hi,” she says. “Still looking for something for that special someone?” Much better I thought, so I replied; “God yes, it’s my fifth year wedding anniversary and I need some help!”

She smiled and said, “I get it, not easy is it? Which way were you leaning, earrings, necklace, bracelet?”

To which I unhelpfully replied, “Yup.”

Jenny laughed and said, “Ok then.” At this point she had won me over by showing some empathy over my plight. She proceeded to ask me if Jill had any preferences that I knew of. Again, being completely clueless as to jewelry, I replied, “I don’t know, I guess she likes everything.”

“Hmm” said Jenny. “Well, what kind of things make her happy? Any passions or hobbies?” All I could come up with and tell her about was Jill’s passion for animal welfare and all things furry, fuzzy and loving. Turned out, that was the right move.

Well wouldn’t you know, Jenny showed me an adorable black cat necklace (top) with round and black diamonds totaling 1/3 carat weight, in 10K white gold. All of a sudden I remember that Jill LOVES white gold as opposed to, well, gold gold. The cost was right in my comfort zone. In a word, it was PURR-FECT. It was a done deal and I thanked Jenny profusely and headed on home.

Well, that night I took Jill to our favorite Italian restaurant, the same one that I took her to on our first date. The food and ambiance were superb as usual. Between the second course and dessert, I reached inside my pocket, took out the box containing the cute kitty and slid it across the table. “Happy anniversary sweetheart,” I said.

She smiled, slowly opened up the box, and then smiled some more. I’m happy to say, that this went over even better than the negligee and I was once again late for work.

Sooooo, Jewelry Sales Associates out there: don’t pounce or pre-judge. Show some empathy and ask probing questions and chances are you’ll get the sale and make a friend.

Next article:
Adam Savage: My Obsession With Objects And The Stories They Tell | TED