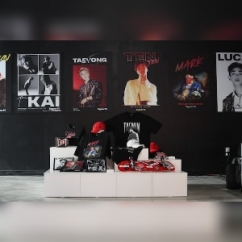 London, United Kingdom--Korea has steadily risen as a cultural superpower, influencing the global entertainment and music industry and establishing trends on social media.

[Image by Joel Muniz via Unsplash]

High-end jewelry and luxury brands are waking to realize Korean stars' influence and counting on them to take their brands forward. The results have been some notable collaborations.

A report notes that several high-end launches in 2022 have had the "blessing of a K-pop singer." For example, Jisoo was a guest at Cartier's Beauté du Monde gala in Madrid, whereas Lisa made an appearance for Bulgari in Paris. We've seen Rosé as a Tiffany ambassador who made an appearance at the opening of an exhibition in London. Chanel has already found a global ambassador in K-pop band Blackpink's artist, Jennie, to woo fans across Asia, China, and other regions.

For jewelers, associating themselves with these brands helped them connect with younger audiences. "With the success of K-pop and K-drama, Korean talent has been able to have a strong cultural presence and influence globally," said Alexandre Arnault, executive vice president for product and communications at Tiffany, in a news report.

The report notes that the culture has synced well with commerce, adding that Korea has grown from 50% of Japan's market size in 2016 to 75% in 2021, showcasing how it's becoming a popular hotspot.

Learn more about K-Pop celebrities' impact on the jewelry and luxury market in this report.

Previous article:
How a DTC Jewelry Company Is Betting on TikTok for Brand Growth

Next article:
Jimmy DeGroot: How to Train Your Employees