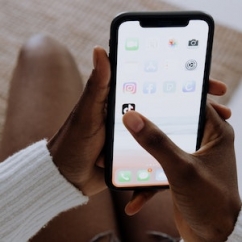 [Photo by cottonbro via Pexels]

"We would like to put some more spend there. But we've just been having such phenomenal success organically. We have just been focused on that," said Kyle Simon, co-founder, and COO of The Clear Cut, in a report, adding that growth from TikTok has helped with their sales and brand awareness.

The four-year-old start-up isn't the only company to place its bet on TikTok. Rising ad prices and lowered organic reach has forced advertisers to diversify their ad budget.

"We're very disciplined with spend because again, we've seen a lot of DTC businesses struggle. But we also haven't raised a significant amount of capital," Simon noted in the report. "So all this growth has been pretty much bootstrapped."

Senior e-commerce strategy director for Icon Commerce, a DTC commerce agency, noted in the report that TikTok is inventing new ways to engage with its audience. This move has constantly been benefitting marketers. The agency revealed that its TikTok strategy revolves around using influencers and repurposing educational content for its followers — similar to what The Clear Cut had been doing on Instagram.

Learn more about these advertisement strategies on TikTok in this report.