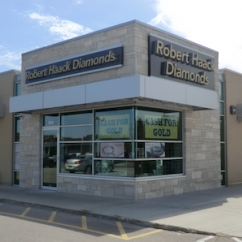 Milwaukee, WI—Customers of Robert Haack Diamonds are doubly happy, because not only have the Milwaukee Bucks won the NBA Championship, but they’ll get back money on their jewelry purchases.

The Bucks beat the Phoenix Suns 105-98 in Game 6 of the championship series on Tuesday night. It’s the first time in 50 years the team has won the championship title—the last time was in 1971.

Leading up to the game, however, Robert Haack Diamonds, with two locations in the Milwaukee area, decided to bet on the team big time with a promotion for customers. WTMJ-TV4, the NBC affiliate in Milwaukee, reported the jeweler made a wager last month with customers, that if the Bucks won the title, they'd reimburse all jewelry purchases made by July 10, ranging from $200 up to $5,000.

All told, the jeweler sold about $70,000 worth of merchandise in the promotion period, said Bret Eulberg, president of Robert Haack Diamonds. Customers bought a variety of merchandise ranging from earrings and chains to diamonds. He told the TV station he's underinsured for the promotion, but he doesn't mind. 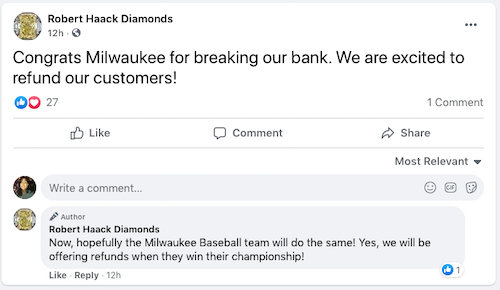 The jeweler has offered the program before with other sports teams--the Brewers, Milwaukee's major league baseball team, and the University of Wisconsin Badgers, but this is the first time he’s had to pay out.