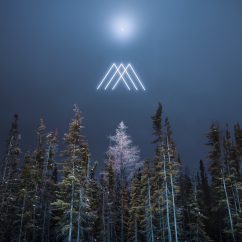 Under the terms of the supply agreement with Chow Tai Fook, Mountain Province will provide a select range of diamonds over a one-year, renewable term.

The Company also announced the results of its most recent diamond sale, which closed on February 25 in Antwerp, Belgium. Total sales of 322,547 carats were achieved for total proceeds of $52.7 million (US $41.4 million), resulting in an average value of $163 per carat (US $128 per carat).

Adjusting for mix of goods sold, this result represents a run-of-mine price of $160 per carat (US $126 per carat), a new high-water mark for the Company since the inception of sales of Gahcho Kué goods, and which incorporates a 13% indicative market price increase relative to the Company's first sale of the year which closed on January 21, 2022.

"We are extremely proud to announce the formalization of a supply agreement with Chow Tai Fook," said Reid Mackie, the company's Vice President & Head of Diamond Sales and Marketing. "This is an exciting opportunity for us to partner with a recognized industry leader known for its discerning approach to diamond sourcing, unwavering focus on production excellence, and extensive retail network across Asia and the United States. Mountain Province looks forward to building a strong and successful relationship with Chow Tai Fook. We are also pleased with the results from our February diamond sale. We achieved a new price milestone and saw strong demand in the market for our unique profile of Canadian origin diamonds," he added.

Mountain Province Diamonds is a 49% participant with De Beers Canada in the Gahcho Kué diamond mine located in Canada's Northwest Territories. The Gahcho Kué Joint Venture property consists of several kimberlites actively being mined, developed, and explored for future development. The Company also controls 107,373 hectares of highly prospective mineral claims and leases surrounding the Gahcho Kué Mine, including an Indicated mineral resource for the Kelvin kimberlite and Inferred mineral resources for the Faraday kimberlites.

Next article:
Don’t Give Away the Farm