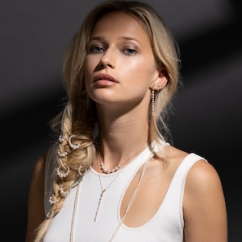 New York, NY—Not your grandmother’s pearls indeed! A new comprehensive consumer study focusing on pearls and pearl jewelry revealed that younger consumers—age 25-35—are particularly interested in pearls and consider them to be a top gem to give, receive, and purchase for themselves. Image: CPAA

Especially noteworthy was the acceptance of men wearing pearls: 37% of male respondents said they have and would wear pearls themselves, particularly men ages 25-45.

Also noteworthy was the number of consumers who would consider a pearl engagement ring: 28% of jewelry consumers say “yes” and 43% “maybe” to considering pearl as a center gem for an engagement ring. The youngest demographic, ages 25-35, is on board: 36% responded “yes” and 40% “maybe,” possibly influenced by recent celebrity engagements—Ariana Grande, Emma Stone, and Michelle Williams—celebrated with pearl rings.

The study was a joint effort between the Cultured Pearl Association of America (CPAA) and MVI Marketing LLC (THE MVEye), a market research and strategic consulting firm serving the jewelry industry. The Benchmark Study of Consumer Preferences for Pearls is the first major U.S. consumer study focusing on cultured pearls, and will serve as a benchmark for future market research.

The objective of the study was to identify consumer shopping and buying patterns related to cultured pearls and pearl jewelry and ascertain differences among various demographics to identify opportunities for the pearl industry. The survey was deployed July 19–24, 2021, and was completed by 1,012 U.S. jewelry consumers who purchased at least $200 of fine jewelry in the past three years. Respondents were ages 25–55, 73% female and 27% male, have household incomes greater than $50,000, are 27% single and 63% married, 10% engaged or getting engaged, and 73% white, 9% black/African American, 9% Asian, 6% LatinX.

Here are some key findings from the study (all charts, CPAA/MVI): 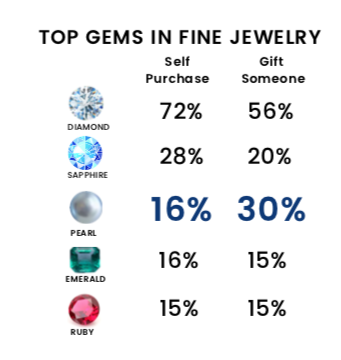 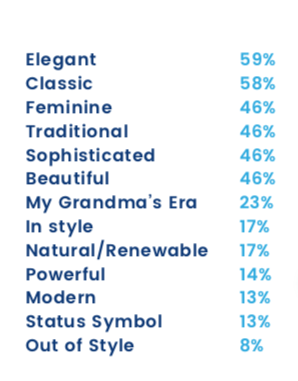 The study concludes that jewelers and the pearl trade do not have to sell consumers on the idea of cultured pearls because they already like, have, and desire them. Product investment, good promotion, and good sales presentations are what will show consumers what makes pearls the perfect gift to give, receive, and buy for oneself.

Previous article:
Getting to Know Smart Jewelers Could Be Your Single Best Move

Next article:
Treat Your Customers Like Royalty: Kate Middleton’s Timeless Gold Hoops Are An Easy Sell