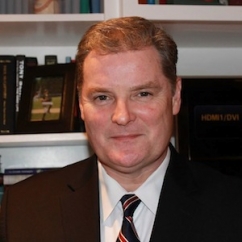 Boston, MA--Katherine Graham-Leviss writes in her book, The Perfect Hire, “References for high-performers in sales will often indicate that the person was incredible at the job, but not easy to work with.” The later part of that sentiment, the not easy to work with part, is usually enough to have most self-respecting managers running for the hills. “Not for me!” they’ll proclaim, “I don’t need that kind of headache, nor do I want that disruption on my team.”

We’ve all worked with that person. You know, the one who just seems to know what buttons to push to tick you off. The one who just doesn’t want to play by the rules or be a team player. In fact, I can think of that person in just about every job I have had in my thirty-plus year career.

They all danced to the beat of their own drummer and it is no exaggeration to suggest that they didn’t pay much heed to what their colleagues said or thought about them. The less productive their co-workers were, the less time they had for them.

They are rarely the most popular but they are ALWAYS the most productive. They are, in short, the difference-makers. They are the people we go to when the clouds look most ominous and we need someone to step up and make a little sunshine.

The best producers in sales come with their own baggage. Some of them, as a matter of course, have lots and lots of baggage. They are generally not the conformists, the adherents to rules and conventions. They don’t respond to faux-praise, insincerity or crappy compensation plans. They can be dismissive, emotional (good and bad) and they do not suffer fools easily. They have little tolerance for people who get in the way of their doing business and they will profile your customers and demonstrate little patience for people they deem to be wasting their precious time.

They are hard to find, harder to manage and hardest to keep, and they are worth every darn penny they make (and often-times a good deal more). They are, in many respects, walking contradictions. Their behavior, seemingly self-serving and devoid of many of the social graces displayed by their colleagues, masks a sense of pride and ownership in what they do, and in who they do it for, that is powerful and effective. They demonstrate an unfailingly loyalty to their customers and, despite the snickers from the peanut gallery about how aggressive or pushy they are, they in-turn command a tremendous loyalty from their customers.

They never apologize for asking for the sale and they rarely make excuses for not making it. Most great salespeople that I know find their best source of learning in the sales that they did not make. They crave learning, they need sincere acknowledgement and they demand fairness (read meritocracy) in how they are compensated.

They will rarely be easy to manage, they will not be the most popular and they will challenge you in ways that can leave you exasperated. In the final analysis, as an old mentor of mine used to say, they give you the stuff you put in your pocket. You might have difficulty living with them, but you dare not try to live without them.

Peter Smith, author of Hiring Squirrels: 12 Essential Interview Questions To Uncover Great Retail Sales Talent, has spent 30 years building sales teams at retail, and working with countless numbers of independent retailers as a brand-executive, to offer his counsel and advice on personnel matters. A graduate of Boston College, he has served on the Advisory Board of Caliper’s Global Conference and is a contributing panelist on the KR Executive Group’s Talent Blog. Smith has worked for Tiffany & Co., and was executive vice president of brand development for Hearts On Fire, where he authored the Menu For Success, a roadmap for retail success. He is currently executive vice president of Schachter & Co., a division of Leo Schachter. Smith’s book is available in print or Kindle digital edition on Amazon.com. 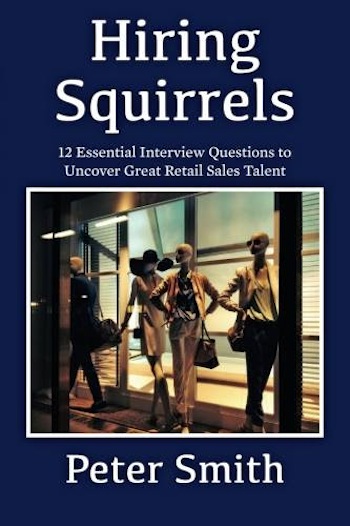