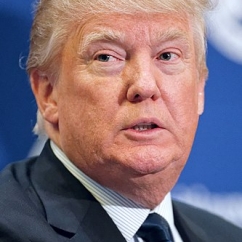 Jersey City, NJ--Former U.S. President Donald Trump was the sole GOP candidate not to release any income tax returns. He said it was under audit. But the simple clarification wasn't enough for the tax evasion suspicions and accusations to pile up. Besides, Trump's personal record wasn't too favorable for him either. The infamous "Empty Jewelry Box" scam from 1986, for instance, showed how schematic the business magnate could be when it came to saving tax.

Jewelry business owners have a thing or two to learn from the incident and try to avoid it at all costs.

A Forbes story from March 2016 details the scam where Trump had an accomplice in New York's Bulgari Jewelry Store. According to the report, Trump would purchase expensive jewelry or wristwatches from the store and ask the store owner to ship them to a different location outside New York. Trump, however, would walk out of the store with the jewelry box that very day, and the shop would ship an empty jewelry box to the stated location.

It could be a former U.S. president, an A-list celebrity, or any other individual practicing this scheme. The scheme's also an old one — the New York Times has an archive of a story from 1985 where a jeweler was accused of aiding sales-tax evasion using similar methods.

Any person who willfully attempts in any manner to evade or defeat any tax imposed by this title or the payment thereof shall, in addition to other penalties provided by law, be guilty of a felony and, upon conviction thereof, shall be fined not more than $100,000 ($500,000 in the case of a corporation), or imprisoned not more than 5 years, or both, together with the costs of prosecution.

Jewelers would want to avoid such schemes that aid tax evasion.

Previous article:
Why Buy Online and Ship To Store Could Be a Huge Hit For Jewelry Retailers

Next article:
Why Some Businesses Are Opting For Traditional Physical Stores