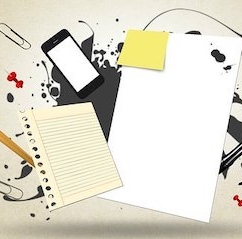 Barnaby Lashbrooke, a leadership strategy contributor to Forbes, says one very common trait among business owners is the tendency to be a control freak, and that could be harming the business more than helping it.

“The notion we can do things better or faster than anyone else is doing us no favors whatsoever. By hoarding our clutch of tasks instead of delegating them we’re making absolutely sure that a decent chunk of our time is consumed with ‘busywork’,” he writes.

Instead, learn to delegate your low-value but time-consuming tasks. If you hand off one hour of low-value tasks per day for a year, you’d gain back a month to spend on more important tasks that only you can do. (Or in the case of a retail jeweler, spending more time with customers who like to deal directly with the owner.)

The key is accepting that the tasks you hand off might not be done exactly how you’d do them. While it’s hard for business owners whose name is on the door to relinquish control of anything, Barbara Corcoran of Shark Tank told Lashbrooke that a low-value task done 80% as well as you’d do it is worth the tradeoff in the time it saves. I.e., “good enough.”

To delegate effectively, evaluate everything you do and separate those tasks that can and should be done solely by you, said psychologist Sharon Peake in the article. Usually that’s anything that creates value, unless there’s someone who can do it better than you. Tasks that indirectly support your business goals are the ones to look at delegating.