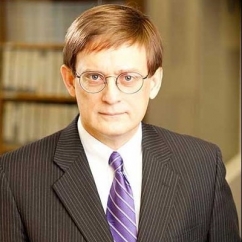 New York, NY—Gold is going to rise sharply, there’s no question about that. But Jeffrey Christian of CPM Group is bucking the stratospheric predictions of $5,000 and even $10,000 an ounce.

In a market commentary issued last week (watch his YouTube video here), Christian said he assembled a list of 10 gold commentators’ recent outlooks, and most were well over $5,000. It’s a very scary-looking list, but he believes those prices are not realistic. Or at least if the market ever does hit those numbers, it’s not going to stay there, he says.

Is Jeffrey Christian an outlier, or is he onto something other gold analysts are missing? Of course, nobody has a crystal ball—only educated guesses—but Christian is one of the few that takes macroeconomics into account, not just market behavior.

“In 2018 and 2019, of 6,000 investors in futures and options, only 132 traded in precious metals futures and options. And of those, only 35 based their investment decisions on fundamentals and macroeconomics. Everyone else was chart-and-momentum indicator, with moving averages and such,” he said.

And a big part of the macroeconomics is simply this: markets ebb and flow. Things get bad, then they get better. Since gold was released from being locked at $35 an ounce there have been six bull markets where it’s risen sharply—but then it falls back when things get better, says Christian. Gold is a commodity and its prices fluctuate with supply and demand. Christian believes the bulls don’t account for what will happen to demand if prices rocket that high.