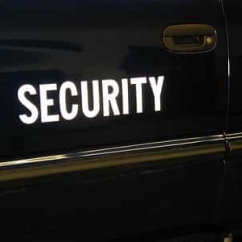 Everett, WA--Jewelry retail shops face a continuous risk of break-ins, theft, and smash and grabs, costing owners several thousand — sometimes millions —in damages. Surveillance cameras and hiring security are standard approaches to contain this risk, but some jewelry store owners, such as the owner of Aboud Jewelry in the Seattle area, are taking an extra step of installing multi-sensor walk-through metal detectors that can help identify concealed weapons in customers. This concealed weapon technology for loss prevention ensures retailers have an extra layer of protection for their expensive store items.

A popular company that makes such products states that these systems use advanced sensors and can employ artificial intelligence to detect a wide range of concealed weapons.

The company Aboud Jewelry has opted for is Athena Security. “This is exactly why we went into business, to help prevent gun violence before it happens,” says Athena Security CEO Michael Green in a report. “Our hearts went out when we heard that the Aboud family had a gun pulled on them, but we can do so much more than feel for small businesses, we can stop this from happening again, providing the safety and peace of mind we all deserve living and working in our local communities.”

Per the report, Athena Security's system can automatically tell the difference between a weapon and a cell phone. “We understand that as a jewelry store we are a target for burglars, but with Athena Security’s concealed weapons detection system tech in place, our family and valued customers can rest assured that no one with a concealed weapon is going to gain entry to the store,” Alhareth Aboud, co-owner of Aboud Jewelers, says in the report. Robbers had held Alhareth's parents at gunpoint in May, says the report.

Next article:
45 Years in Jewelry Retail, This Napa Store Owner With an Eye for Trends Continues Bringing Smiles