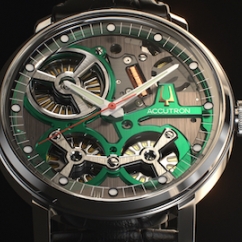 New York, NY--In 1960, a model that would change the history of watchmaking was introduced in New York: the Accutron, considered the world’s first fully electronic watch. With its open dial and futuristic design, it marked the industry’s entry into the electronic age. In the following decades, electronic timepieces would supplant – in volume, if not in value – the traditional mechanical watch.

For the 60th anniversary of this event, the Citizen Group (which in 2008 bought out the Bulova brand that introduced the Accutron) is not content merely to launch a commemorative edition. A new Accutron brand, separate from mass-market Bulova, has been launched in a different niche, with more exclusive distribution, a higher price point and more limited production.

The timing of the revival is telling, given that the future of watchmaking seems more than ever linked to the re-evaluation of its immense heritage. However, to mark the occasion in a way that avoids falling into pure vintage nostalgia, a calibre deemed (almost) as innovative as the original Accutron has been developed, this time using electrostatic energy – a first. Everything in this revival seems to aim for a delicate balance between heritage and innovation.

At the same time, echoing the spirit of the Space Age (the Accutronteam worked closely with NASA) and “Americana”, a dedicated podcast provides updates on the fetish themes of an era that has captured the imagination of a new generation. A book entitled “Accutron: From The Space Age to the Digital Age” published by Assouline and written by Jack Forster, Hodinkee’s editor-in-chief, carefully traces the epic story of the model with the tuning fork logo. Everything in this revival seems to aim for a delicate balance between heritage and innovation. 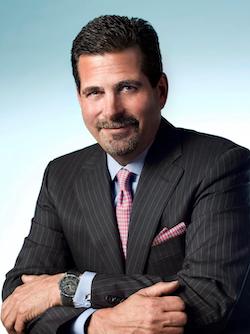 Jeffrey Cohen, president of Citizen Watch America (now parent company of Bulova), is intent on relaunching Accutron as its own brand and taking it upscale with a higher price point and more limited distribution.

“Beyond being a watch, the Accutron brand has been an integral part of American culture since the ’60s,” said Jeffrey Cohen, president of Citizen Watch America, who is in charge of this ambitious project. He took us behind the scenes of the Accutron relaunch. Click here to continue reading on Europastar.com, part of the ongoing editorial alliance between Europa Star and The Centurion.

Next article:
The Year In Review, Part II: How The Coronavirus Pandemic Impacted The Jewelry Industry