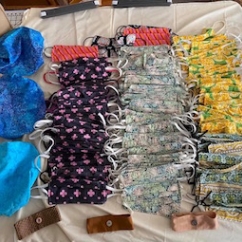 Merrick, NY—As The Centurion Newsletter reviews the impact of 2020 (read Part I of our series here) we examine how the pandemic unfolded and radically changed the global diamond and jewelry sectors on both a wholesale and retail level.

In late December 2019 and January 2020, the industry was largely focused on holiday sales or restocking depleted inventory after a successful sales season. TV news headlines mentioned a serious respiratory virus coming out of China, but it attracted little notice as people either brushed it off or assumed that like the SARS virus of 2005, it would be mainly confined to Asia. Both Centurion and the Tucson gem shows reported strong business.

But by mid February, the diamond sector sounded an alarm. Quarantines in Asia had forced the cancellation of Chinese New Year festivities, a major diamond-buying occasion. The March Hong Kong shows were initially rescheduled to May but soon were canceled altogether. By March, one by one, all the major jewelry shows and events around the world announced cancellations. Some initially--optimistically--hoped to reschedule rather than cancel, but it was soon evident that any in-person events were not going to happen in 2020.

And for one show in particular—Baselworld—the virus provided a ready excuse for participants to say “adios” for good. The fair, whose unpopular policies and intractable management were a longstanding headache for exhibitors and attendees alike, made a final series of missteps that resulted in major watch companies pulling out and joining forces with SIHH to start a rival fair. The fair, which started more than 100 years ago, folded. The show's organizers, MCH, are reportedly trying to resurrect it in a new format but nothing more has been heard of it.

And so June came and went without the flurry and hurry of the Las Vegas shows, but one silver lining is that the shows would have been going on at the height of the nationwide protests that erupted following the death of George Floyd.

By fall, virus numbers had gone down in many places and some show organizers were ready to try an in-person event with social distancing and other protocols in place. The Italian Exhibition Group's Vicenza VOICE held a successful hybrid online/in-person show in Italy in September, and the Atlanta Jewelry Show, postponed from August to October, also was successful—both, however, took place before the recent resurgence of virus case numbers worldwide. 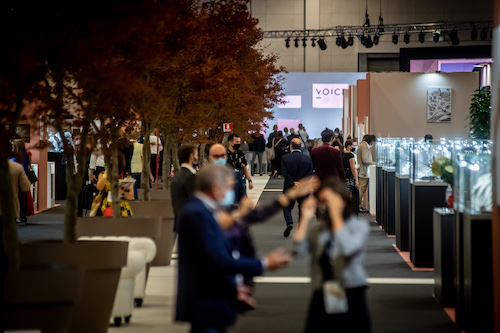 The VOICE show in September in Vicenza, Italy.

Retail jewelers responded in a variety of ways, quickly pivoting business to online or Zoom, by-appointment, curbside pickup and more. The industry also sprang into action to help others. AGS jeweler Wilson & Son in Westchester, New York, set up a feeding station for frontline workers. Centurion donated elastic for much-needed homemade masks, and Manos Phoundoulakis and his wife, Kelle, set up a massive mask-making enterprise from their dining-room table in Denver, CO. 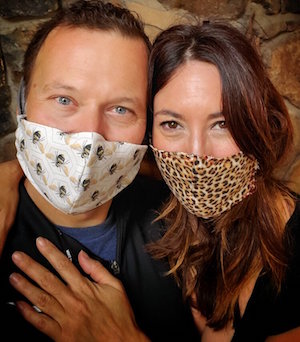 Manos and Kelle Phoundoulakis with masks from their massive project.

Meanwhile, industry organizations immediately launched robust online learning, covering just about every single topic imaginable, while the Jewelers Security Alliance warned that burglars could take advantage of long-term store closures or robbers could take advantage of open stores with employees’ attention focused on virus protocols. JSA also warned about cyber-security and, as stores began reopening in the spring, reminded the industry that criminals were getting back into business too.

Previous article:
Accutron Becomes A Brand In Its Own Right