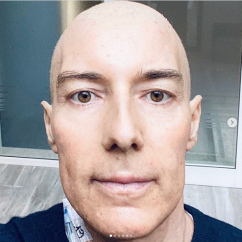 Faraone Menella, along with his business and life partner Amedeo Scognamiglio, was the cofounder of the brand, which debuted in 2001 and was quickly picked up by Neiman Marcus and other high-end jewelry stores across the United States. The pair gained additional notoriety when their jewelry caught the eye of Patricia Field, costume designer for the hit HBO series Sex and the City. The duo also created several other brands, including a non-precious diffusion line.

After studying law in Italy, Faraone Menella moved to New York City to study at Parsons The New School for Design. When Scognamiglio joined him in the United States, the two teamed up to create the FRMAS Group of jewelry brands.

Scognamiglio will continue the brand.

In March, as the COVID-19 pandemic was raging through northern Italy and rising in New York City, Faraone Menella took to Instagram (image shown) to open up about his own illness and urge fellow citizens of both countries to stay home and flatten the COVID curve. Read more here and here.

Thai-born Yupadee Kobkul Boonsiri earned her bachelor's degree in Bangkok before emigrating to the United States to study at Fashion Institute of Technology, where she would later return to teach jewelry design as an adjunct professor. Her jewelry ranged from classic to avant-garde, and often incorporated Tahitian pearls, platinum, and draping scarves made of hand-knit gold. She was the recipient of multiple industry design awards, both domestic and international. 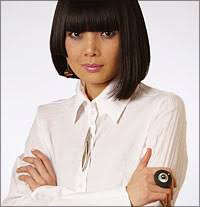