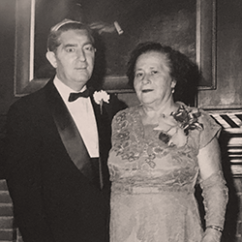 Westfield, NJ--Editor's Note--A recent story ran in The Centurion about the 100th Anniversary of Adlers Jewelers which included several family and related inaccuracies. Ellen Adler, the granddaughter of the company founders, set's the record straight on the company's storied history below:

My grandfather, Maurice Adler (above, left with wife Bessie) started Adler’s in 1921 from the parlor of the two family home which they occupied in Linden, New Jersey. My grandmother Bessie graciously served the coffee and this wonderful tradition is long standing as is the heart and caring that every cup of coffee from Adler’s shares.

Here are several photos of my family as pertaining to the article which stands to be corrected. 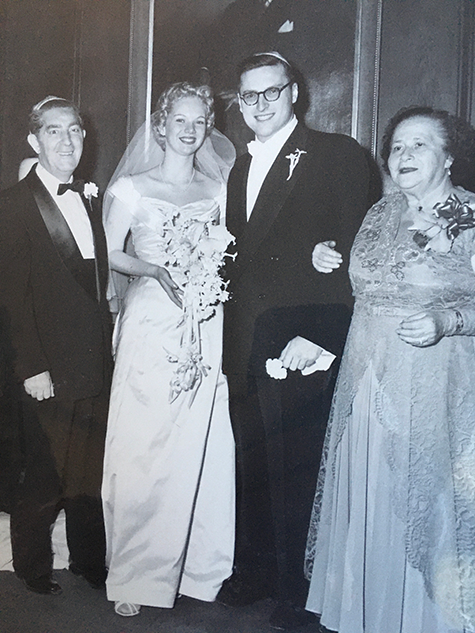 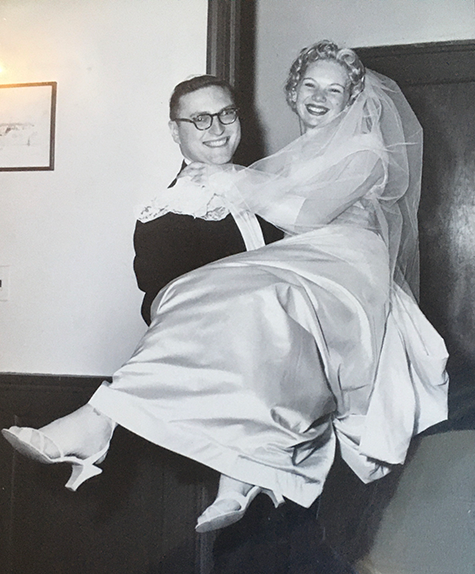 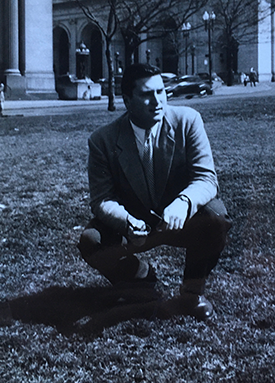 Martin Adler (above) when he attended Rutgers University and Ellen Adler (author of this piece) below. 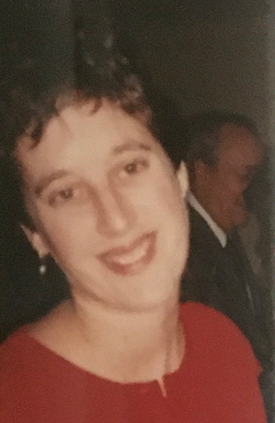 Please notice a few photos of my grandfather Maurice, the man who set this miraculous firm into motion. He was wonderful with people and they as a family gave rise to a business that grew and grew. It evolved through spirit, beauty, an amazing dedication to the development of the finest evolution of the use of fine metals and gemstones that possibly remain in reputation unsurpassed in New Jersey until even today.

First and foremost, it is a firm that earned its might by sharing an integrity and keen desire for both human rights and the joy of what can be achieved with love and good will. Many dreams were realized due to my parents' vision and union. This realization and the vision and work of so many wonderful employees over the last 100 years, made Adler’s what it is today.

A photo glimpse behind Adler’s, where my father hired the first Afro American female saleswoman in the history of New Jersey and made it an avid practice to hire many rejected [by others] with accents.

In 1973, my father flew to Israel during the six day war to support our people by buying diamonds. The capital was supporting the efforts of Golda Meir. Here are my parents with Schnitzer and Grunestein, at the time heads of the Israel Diamond Exchange. The story was covered by Betsy Aaron from ABC and was headlined across the world. Six days following my parents the United States Secretary Of State landed at Lod Airport. I hope in my own way that I have honored all the gifts that my parents so generously gave me and which they left this world to benefit from.

Below, left to right: Judith Adler, Adlers; Moshe Schnitzer, president of the Israel Diamond Exchange and partner in diamond export firm Schnitzer-Gruenstein; Martin Adler of Adlers; and  Haim Gruenstein of  Schnitzer-Gruenstein. The Adlers were among the firsrt jewelers to visit Israel to buy diamonds followinng the '60s Middle East War. 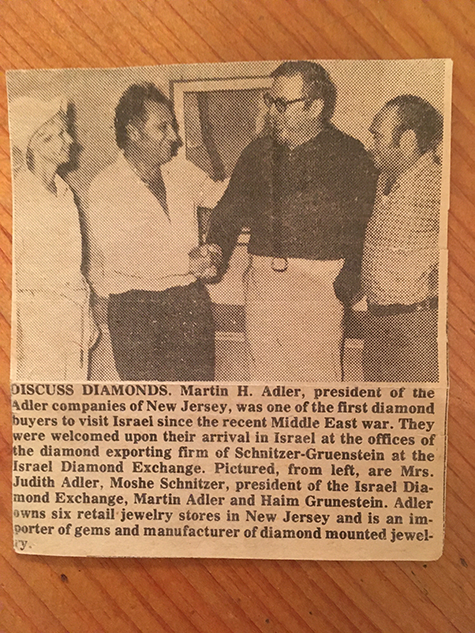 Next article:
The Year In Review, Part 2: Retail