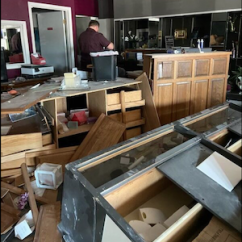 Round Rock, TX—As we’ve asked before, what is it with cars crashing into jewelry stores? Image: Interior of Stall Jewelers, which was heavily damaged by a vehicle crash on September 22. Photo, Stall Jewelers via CBS Austin.

On September 22, Norma Stall, who owns 39-year-old Stall Jewelers with her husband, Eric, was on the phone with vendors when she saw a car heading for the store. Video from a store surveillance camera shows the car crashing into the front window and continuing into the store before the impact knocked it out. The car ultimately went all the way to the back of the store, pinning Stall behind her desk.

Unlike the other incidents in which nobody in the store was injured, Stall suffered some injuries: stitches in her forehead, a black eye, a large cut on her foot, and she was badly bruised. Her bench jeweler pulled her out from where she was pinned until first responders could get there, she told KEYE-TV, the CBS affiliate in Austin, TX.

The store also suffered about $100,000 worth of damage; literally everything in the store was damaged and it’s unable to operate, Stall told CBS Austin.

"It was like a bomb going off. Everything exploded, powder, sand, jewelry, everything's going all over the place."

The driver of the vehicle, an adult female, was not found to be impaired but the police report says she can’t remember what happened. She refused medical treatment at the scene.

Although Stall’s is the fifth jewelry store to be hit by a car this year, jewelers are not unique magnets for out-of-control cars. Statistics from the Storefront Safety Council show there are an average of 60 vehicle-into-building crashes daily in the United States, injuring 4,000 and killing up to 500 people annually. Non-convenience retail storefronts account for 23% of these crashes; when convenience stores are included, that figure rises to 29%. 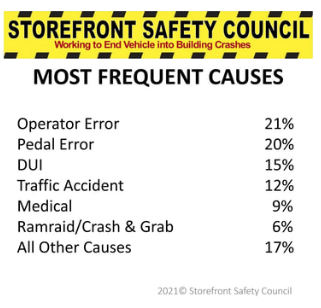 The Storefront Safety Council statistcs on causes for vehicle into building crashes.

The store is currently closed while Stall and her staff work to put it all back to rights. "We can't do anything. Every time customers come up to the door, they have jewelry needing to be repaired and they want to buy something. We have to tell them we can't operate," she told CBS Austin.

She hopes to be open by November and looks forward to welcoming her customers back. "I know this is a little hardship, but they'll be back. They always come back because they like us," she said.

Watch the video here or by clicking the image below. 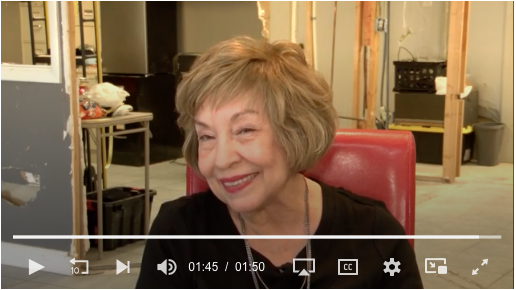 Next article:
Diamonds Do Good Announces the 2021 Recipients of Canada’s Mine Training Society Scholarship Program