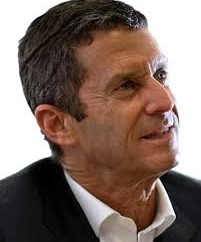 Geneva, Switzerland—A Swiss court on Friday found French-Israeli diamond magnate Beny Steinmetz guilty of corruption, forgery, and bribery, sentencing him to five years in prison and levying a fine of CHF50 million (approximately USD $56.48 million). Ironically, the case had nothing to do with diamonds. Image: Wikipedia

According to Reuters, “Steinmetz and two others were variously accused of paying or arranging payment of $10 million in bribes between 2006 and 2010 to Mamadie Toure, whom prosecutors say was one of the wives of the former president Lansana Conte, to obtain exploration permits for iron ore buried beneath the remote Simandou mountains of Guinea and of forging documents to cover it up through a web of shell companies and bank accounts.”

The two other defendants were a French man and a Belgian woman, unnamed by Reuters or documents from the Swiss court.

At issue were mining rights originally held by Australian mining giant Rio Tinto. According to Swiss court transcripts (translated from French), “The defendants subsequently sought to cover up their actions and erase all traces of them, by restructuring companies, drawing up false accounts and seeking to get Mamadie TOURE to make false statements and destroy the incriminating documents. The promise and the advantages granted to Mamadie TOURE by the corrupters were intended to obtain during the lifetime of President Lansana CONTE that he withdraw from RIO TINTO the mining concessions that Guinea had granted to this company and that new mining rights be granted at BSGR instead of RIO TINTO, the targeted areas being said to contain one of the largest untapped iron reserves in the world. The process of withdrawing concessions from RIO TINTO and the subsequent granting of exploration permits to BSGR was thus unduly influenced by President Lansana CONTE, in exchange for the hidden advantages promised by the defendants to his fourth wife. After the death of President Lansana CONTE in December 2008, BSGR obtained mining concessions on areas from which RIO TINTO had been dispossessed.”

Steinmetz argued that although he owns the accused company, BSGR (Beny Steinmetz Group Resources, also sometimes referred to as BSG Resources), he doesn’t run it. But the Swiss court wasn’t buying that argument, emphasizing that ignorance is not a defense.

“Each defendant had a specific well-defined role. Benjamin STEINMETZ, in his capacity as effective manager of BSGR, was the main beneficiary of the transaction. All the important decisions were taken with his consent and he personally intervened in several stages of the corruption operation,” says the court document (translated from French), noting that both BSGR and Steinmetz gained huge profits.

Steinmetz, who returned to live in Israel in 2016, is ranked as one of Israel’s wealthiest citizens. Although he has been ranked as a billionaire in the past, in the Swiss court proceedings he estimated his personal fortune at $50 to $80 million. BSGR, meanwhile, filed for bankruptcy protection in 2019, shortly after losing a $2 billion arbitration award to Brazilian mining giant Vale SA.

By Swiss law, Steinmetz has 10 days to file an appeal. His chief defense attorney told Reuters an appeal would be filed immediately. In a statement, Steinmetz said the judgment went “completely against the course of international justice [and] I remain totally combative and confident, justice will establish the truth,” said the Reuters report.