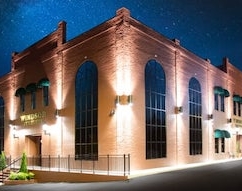 Augusta, GA—Chalk one up for good PR strategy. Windsor Fine Jewelers of Augusta, GA was recently featured on WBTW-TV13 for the ultimate game of strategy: a chess set made of 14k gold, diamonds, and gemstones, each piece rendered in exquisite historical detail, and priced at $1 million.

Windsor Fine Jewelers was founded by Donnie Thompson in 1975 with four showcases in Augusta's National Hills Shopping Center. Since then, the jeweler has managed the remarkable feat of occupying three different buildings without moving more than 300 feet.

First, Windsor relocated across the center to a freshly abandoned bank branch building. Thompson had envisioned a two-story mega-store that broke ground in 1996 and opened to great fanfare in 1998, with top-line designer brands, a full-service repair center, and Rolex and Tudor watches. A unique feature of the store is a 52-foot showcase with more than 7,000 engagement and anniversary rings.

The chess set on display at the store is about 50 years old, and for a long time was on exhibit at the GIA Museum in Carlsbad, CA, before coming back to Georgia to be sold through Windsor Fine Jewelers. It attracted as much attention at the museum as it is currently doing in the store.

The WBTW report doesn’t name the artist who created the chess set, but its design is identical to one created by California artist Jim Grahl in 1972, that's been named among the world's top 10 most expensive chess sets. Windsor general manager Michael Zibman told WBTW that customers mainly want to take pictures of it, but he’s sure it will sell at some point. 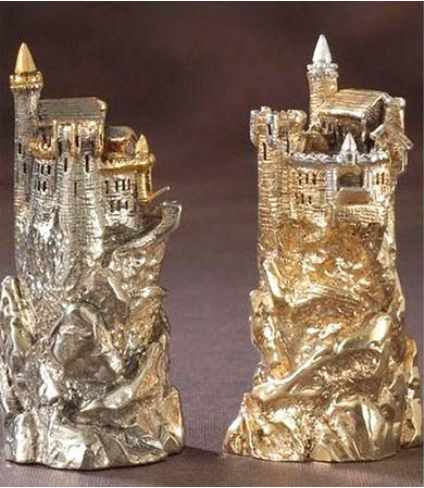 Rooks from a gold chess set created by artist Jim Grahl in 1972.