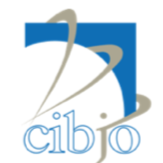 Milan, Italy—CIBJO, the World Jewellery Confederation, was part of a United Nations General Assembly special session last week to address the COVID-19 pandemic’s global impact on people, societies, and economies. CIBJO was invited to participate in the session as the jewelry and gemstone industries’ only representative in the UN’s Economic and Social Council (ECOSOC), and pointed out that the jewelry industry has a unique perspective of the pandemic’s impact on both the advanced and developing worlds.

“As was the case with almost all business sectors, the impact of the COVID-19 pandemic on the jewelry and gemstone industries presented a range of challenges that had never really been considered, let alone prepared for,” CIBJO president Dr. Gaetano Cavalieri noted in his statement to the UN.  “What was clear was that the potential fallout, both from the health crisis and its economic effects moving forward, would extend considerably beyond the luxury markets.”

“Hundreds of millions of individuals, mainly living in sub-Saharan Africa and Latin America, are dependent upon the revenues generated by the extraction of precious metals, diamonds, and colored gemstones for their livelihoods. Many of them are involved in artisanal and small-scale mining, and lack the protections afforded to employees of the larger, industrialized mining operations,” he said.

“Although we operate in the luxury sphere, we in the jewelry and gemstone sectors have a particular perspective on the less-developed regions of our globe, largely because they are the source of many of the raw materials that we use,” said Dr. Cavalieri after the UN session. “As a community we have a responsibility to serve the social and economic interests of all our stakeholders, and this is particularly acute during the type of crisis that we are all are living through, although we are not necessarily as affected to the same degree.”

The COVID-19 pandemic was described as the greatest global health crisis since the creation of the United Nations 75 years ago. To date it has claimed more than 1.3 million lives, infected more than 54 million people and upended the livelihoods of billions around the world, exposing vulnerabilities and exacerbating inequalities within and between developing and developed countries.

Noting the massive costs associated with purchasing, importing, shipping, handling, delivering and administering the new COVID-19 vaccines, CIBJO asked how the international community can ensure that vaccines are distributed in a full and fair way to the populations of all countries who need it, and not just the advanced Western nations. 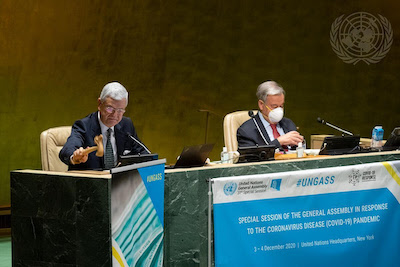 Volkan Bozkır (left), president of the United Nations General Assembly, during the special session to discuss the international impact of COVID-19 and a global response to the crisis. He is joined at the podium by Antonio Guterres, Secretary General of the United Nations. (Photo: UN media services)

Next article:
Third-Generation Thiet Jewelers In Wisconsin To Close Its Doors