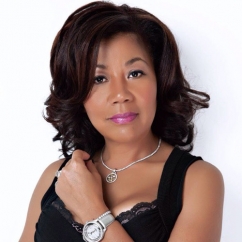 Indianapolis, IN--Joann Carter's been through various life experiences. She survived teenage pregnancy growing up in the "projects" of Cincinnati and relied on welfare in a low-income household.

"I came from nothing," the 63-year-old recalls in an interview with a publication.

By 1994, she had moved to Indianapolis, got married, and had two more children. She decided it was time to "make some money."

Carter worked her time between barbershops and beauty salons, reports the outlet. One day she met an antique and jewelry store owner who had more mink coats than she could sell. Things wouldn't be the same for Carter, who saw an opportunity in the meeting.

Carter took the coats and hit the road, eventually selling every single piece.

"She looked at me," Carter recalls in the interview, "and said, 'well, I guess it's time to start selling jewelry.'"

Carter continued the hustle with thousands of dollars worth of jewelry in her car trunk. She earned the name of Jewelry Lady — a title that hangs above her jewelry store today.

Carter opened her own shop in 2008, which also became an apprentice place for her daughter, Ashley Perryman, during high school.

The mother-daughter duo would eventually start running the place together, but not without some friction — a result of newer ideas colliding with older, established ones.

Read more on Carter's entire journey in the IndyStar story.