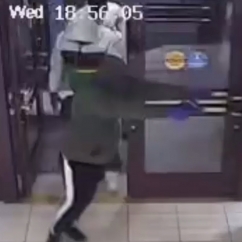 Glendale, AZ--Glendale police responded to an emergency call on March 16 about four men robbing nine victims in a jewelry store at 75th Ave and Bell Rd.

According to Glendale Police Department's Facebook post, the woman told the 911 operator that the men were armed and held store employees and customers at gunpoint. They also tied a few of them with zip ties.

Glendale police arrived at the scene and saw three suspects run out of the front door, with the fourth suspect running out of the back. The police took all four in custody and recovered over $1.5 million in jewels and other items. The post added that the value of recovered items could be well over $2 million.

The post added, "We would like to thank the brave 911 caller who continued to keep the line open for the call taker to hear the jewelry cases being smashed and the suspects yelling in the background. Both our officers and officers from the Peoria Police AZ successfully coordinated in taking the suspects into custody and exemplifies police work at [its] finest. Thank you to these men and women. We are proud of you every day!"

Here's the link to the Facebook post and video showing the police's response. Viewer discretion is advised.

Previous article:
Reiniger Jewelers to Celebrate Its New Store Opening in Alton by Offering a $1,500 Drawing