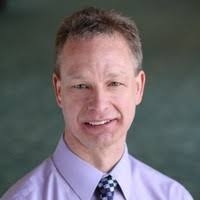 Alton, IL--Reiniger Jewelers will celebrate the opening a new store at 1633 Washington Ave from March 31 to April 2 by hosting a drawing for a $1,500 gift certificate.

Reiniger Jewelers is a third-generation family-owned business started in 1918. According to The Telegraph, a local newspaper, the business owner, Paul Reigniger, studied at Gem City College in Quincy and earned certificates from the Gemological Institutes of America.

Reiniger has overseen quite an expansion for his business after opening his first store in 1992 in Swansea Schnucks Plaza.

In The Telegraph interview, Reiniger revealed that he wanted the Alton store to open in Maneka Jewelers' former location. He'd even spooned to Charlie Maneka about it and was surprised by the similarity in their backgrounds.

In addition to the $1,500 gift certificate drawing, those who visit the new Reiniger Jewelers store will receive a gift. The ribbon-cutting ceremony is planned for March 31 at 11:30 a.m.