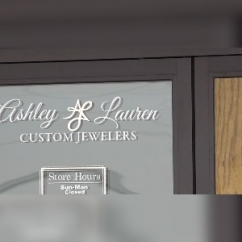 Hanover, PA--The jewelry store owners in south central Pennsylvania are raising alarm after several burglaries during the past two months.

One of such victims of the burglaries is the Ashley Lauren Fine Jewelry store.

Owner Ashley Hoover said in a report that nothing was taken during the jewelry attempt on September 30 as she keeps all her jewelry in locks.

Another victim of these incidents was Franklin Stevens Jewelers in Springettsbury Township.

"The funny thing is that they didn't steal any watches," Steven Furman, the store's owner, said in the report. "They stole whatever jewelry was in the cases. The glass was all over the place and they smashed the front door to get in."

Furman added that he's never had a burglary attempt in the past 50 years, so this incident was a wake-up call.

"We have become so complacent over the years because it hasn't happened," he noted in the report.

Hoover said that she felt violated after the attempt. "Now I come in here and I have that sense of making sure that nobody's in here that shouldn't be, just that sense that I have to be looking over my shoulder," she stated in the report.

Next article:
Messika’s ‘Beyond The Light’ Collection Sparkles During Paris Fashion Week