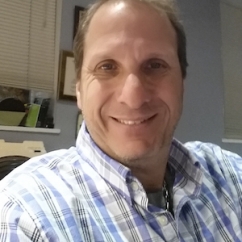 Merrick, NY--I hope you had a great week!

With all of the big headlines in recent weeks about sexual harassment in the workplace, including accusations in our industry and those against journalist Bill O'Reilly and others at Fox News, it seemed very timely to bring it up with the many jewelers who follow this newsletter.

Unaware of the sexual harassment allegations against O'Reilly when we hired him last fall for our January 2017 show--based on a unanimous vote of our Board of Managers, including four females--I'm sure we would not have brought him in had we been aware of all the recent accusations.

What I know about sexual harassment. I was very fortunate with regard to sexual harassment. As a relatively new editorial employee in a mid-sized New York City trade publishing company back in the early 1980s, I was part of a group that was trained by company management and outside experts to understand the nuances of sexual harassment, as well as learn the laws that affected our company.

We didn't have just one training, but many. The company was obviously determined not to suffer any lawsuits as a result of any out-of-bounds behavior in this area. There is no question that this training sensitized me for a lifetime as to what is right and wrong in terms of sexual harassment.

Regardless, there were still problems to deal with. I can still remember at least two of the people in the office crossing the line on a regular basis.  One was a male and one was a female. The male would "innocently" make off-color remarks to many of the women in the office. I would regularly tell him that he needed to stop this kind of behavior immediately.  But he was lucky, as none of the females complained to the company and he never got in trouble. The female was often intentionally provocative. But there were no complaints to management in this case either.

Today  it would be different, and I have no doubt some of the behaviors we witnessed back then would be reason for a lawsuit right now.

What could happen to you. At the end of the day, if you as the owner of the jewelry manufacturing company or jewelry store have an employee come in to you and complain that she or he is having to deal with a very "hostile work environment", it is probably too late. They may already have a lawyer, and be planning on a nice settlement. So you need to always make sure that everyone understands the relevant laws, and that your culture and environment are friendly to all employees.

Sadly, the "I don't want to make a big deal out of it" mindset lets quite a number of violators get off the hook too easily, even in our jewelry industry.

Think about the predicament of the female sales representative who finds an owner or buyer at a jewelry store feeling free to put his hand on her knee or worse while discussing product for the next season. This is obviously very wrong, and could lead to a lawsuit. But it probably won't, is the thinking, because after all, she still wants to do business with the store.

But keep in mind that if she decides that she has taken enough, and speaks with her friends who are also on the road, there can be a big class action lawsuit against that store that could potentially put it out of business. It's just not worth the risk, especially when coupled with the fact that many journalists seize on these kind of stories for their local and national news vehicles. A previously-good reputation could be destroyed in a matter of a day, as we all know.

My suggestion, in closing, if you haven't done so already: Speak to the experts in your area on sexual harassment, and train your employees to be sensitive to this issue, know the laws, and simply keep the wrong behaviors out of your business. You'll definitely sleep better at night for having done this.

Thanks for your attention, and look forward to seeing you next week!