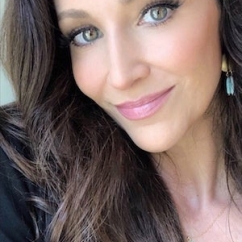 Milton, VT—It’s not just global brands and big celebrity jewelers who get to participate in the major awards shows. Independent jewelers can wind up on the red carpet and national TV too.

According to this article in the Saint Albans Messenger, Vermont jeweler Danielle Nicole Enright (image) will have her jewelry included in an invitation-only luxury celebrity gift lounge celebrating Grammy Award nominees and presenters.

Related: Of Celebrities, PR, and One Savvy Jeweler Who Tells How She Gets A Lot Of Exposure From Both 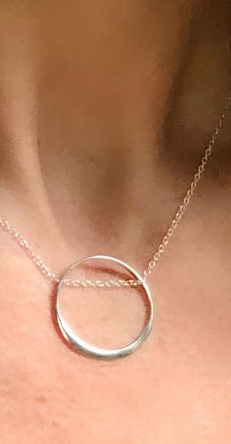 Her handmade loomed cuffs, black diamond wrap bracelets, druzy pendant necklaces and geometric earrings will also be on display through an exhibit by the Artisan Group, a woman-owned marketing firm that helps promote goods to entertainment leaders.

Enright, of Milton, VT, owns ABRAU Jewelry. A mother of three and an Air Force wife, she started out in 2011 as an artisan jeweler and designer specializing in loomed bracelets. She now creates both fine and fashion jewelry and still sees to every order herself, as many as 40 in a day.

Abrau Jewelry has been included in gift bags for the Academy Awards since 2011, says the jeweler’s website, and has been worn on celebrities and on the silver screen and on TV.

As an aside, Enright isn’t the only jewelry connection on Law & Order: Organized Crime. Ainsley Seiger, daughter of award-winning goldsmith, designer, and retail jeweler Larry Seiger, plays Jet Slootmaekers, a sharp-eyed computer whiz who assists the detectives with her crime-fighting tech savvy.

Enright has customers all over the world, many of whom have sent her emails or letters telling her that her jewelry has made a difference in their lives, she says. "I love making people smile and to think that what I do has contributed to someone's happiness is an absolute blessing!"

"Life can get hard sometimes and it's those little messages, those little miracles that happen every single day that can empower you and change your life. My hope is that Abrau can be that message," says the designer.

Previous article:
Refinery 29: 7 Engagement Ring Trends That Will Be Big In 2022