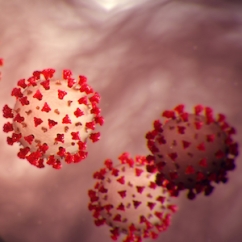 Merrick, NY—Stock market jitters sent gold rocketing to $1,700 on Monday, but higher gold prices aren’t the only thing jewelers should prepare for as economic fallout from the coronavirus looks increasingly likely.

Six weeks ago analysts felt the virus would have a relatively small impact on the luxury market, but since then luxury executives’ sentiment has progressed from caution to alarm. A survey last week of 28 C-suite luxury brand executives, conducted jointly by luxury brand consultancies Altagamma and Boston Consulting Group with asset management firm Bernstein, shows CEOs and CFOs bracing for global luxury sales declines that could go as high as 30 to 40 billion euros ($34 to $46 billion), and little chance of returning to normal this year.

“For this year [it’s] a disaster, you're not going to get the sales back,” Pauline Brown, former LVMH chairman of North America, told Yahoo Finance in an interview. Indeed, at press time March luxury retail traffic already had declined by 14.7%, said analysts at Morgan Stanley.

In the United States, the situation is changing daily, if not sometimes hourly. In the week since The Centurion last reported on the coronavirus, large-scale events and schools around the country have been canceled and closed. In our industry, less than a week after the JA Show, MJSA Expo, and GIA Career Fair all announced plans to go on as scheduled, all three canceled following a state of emergency declaration in New York. “Social distancing” is the new buzzword in the American lexicon, and store shelves are picked clean of necessities. A Facebook meme even showed a $3,999 roll of toilet paper accompanied by a free one-carat diamond ring. 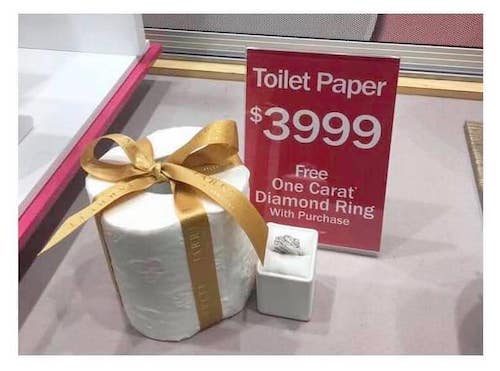 Gallows humor notwithstanding, uncertainty is a bigger issue for jewelers than the virus itself.

“I don’t think it’s as much about coming into a jewelry store as much as loss of income,” says Ellen Fruchtman, president of Toledo, OH-based Fruchtman Marketing. “People are being told to avoid crowds, but that’s not [an issue in] jewelry stores. But the stock market took its biggest dive since the Great Recession on Monday, and if people start looking at the money they’ve lost [in investments] they’re not in the mood to buy jewelry.”

“The bigger picture is that we don’t know when the stock market will rebound. It always does, but the question is when, which no one knows. Will that have an impact on the psyche of the consumer? That’s what all the retailers need to be thinking about now. Think ahead a little bit,” she urges.

An analysis in Luxury Daily this week looked to recent crises for direction. Events such as 9/11, SARS, the Asian tsunami and, of course, the Great Recession all impacted luxury sales around the world. Can we use the lessons of these events to mitigate any potential damage now?

Luxury companies responded by cutting costs: the typical reaction was to cut marketing and headcount, but also through supply chain shifts and pauses in expansion. Those produced the most immediate impact on numbers. But when sales returned companies still had to deal with a much savvier customer: one that is concerned about sustainability and who demands real justification for high prices.

For jewelers, a prolonged period of uncertainty could lead to another shakeout, especially among older Boomer-age jewelers who are contemplating retirement already. But those who aren’t planning to retire need to avoid knee-jerk reactions above all, says Fruchtman.

“Stay the course and don’t panic,” she advises. “Think about, ‘if it does this, we do this.’  What are some marketing ideas you can do to circumvent the situation? Or if gold hits an all-time high, maybe you need to switch [merchandising] strategy. But at this stage today, I would stay the course and be preparing for ‘what if’ and have that in place now so it’s not a knee-jerk later.” 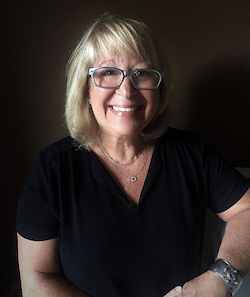 "Focus on the things that you can control," says Sherry Smith, director of business development for The Edge Retail Academy.

Start with financials, she says. "Assess your slush fund. How many months of operating costs can you cover? If you don’t have one, it’s never too late to start. I used to take 10% of every deposit and move it into a 'rainy day' account. I cannot tell you how often that came in handy or just how reassuring it was to watch it grow." If 10% seems to high, start with 5% or less, but start, she urges.

For staffing, is it possible to set up remote working infrastructures for some of your team members, specifically your back of house team? Basic bookkeeping, running reports, and even clienteling can be done remotely, she says.

"Remember, the onerous duty is on you, the owner, to ensure the safety and well-being of your employees." 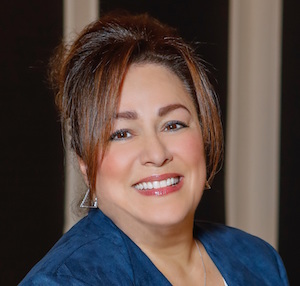 If business does slow, that’s a really good time to take care of some internal business or administration that managers never have the time to get to, says Bill Boyajian of Bill Boyajian Associates. Also consider adjusting your store hours.

“I recommend most stores go to a five-day week, instead of six. Now may be the time to close on both Sunday and Monday. Jewelers don’t lose overall business, but they cut back by at least ½ employee and on basic overhead costs such as heating, A/C, etc.,” he says.

Smith concurs. For staff, fewer hours now may mean a job saved later. "While we want to have as little impact as possible to our staff’s wages, it is better to make minor adjustments along the way to ensure our operating costs align with the revenues than to wait until the situation is dire and may ultimately require more extreme actions," she says.

Lori Askew of Vantage Group agrees. “Ultimately retailers may have to cut back associates’ hours, depending on how long this goes. This is a great time to offer employees the opportunity to take some time off, or just allowing people who want to take vacation time to go ahead and take some of it now,” she suggests.

“But probably not a cruise,” she adds wryly. Growing serious again, she points out that luxury travel—especially cruises—is jewelers’ biggest normal competition and likely to be the hardest hit luxury category, giving jewelers an opportunity to gain some ground.

“It’s important to be ready to contact customers when this does pass, reminding them about milestone birthdays and anniversaries. Those will be big purchases with pent-up retailing therapy, and it’s the perfect time to be ready. Retailers can take this time to clean up their data base.”

Askew isn't alone in believing pent-up demand later may help offset losses now. But as mentioned earlier, everything is still unfolding. What trajectory will the virus take in the United States? Will we be able to "flatten the curve" of exponential increases and keep it to a minimum, or are we facing a situation like Italy's? Right now, nobody knows. And between the virus, stock market volatility, and a highly contentious election year, the elements exist for a perfect storm, cautions Fruchtman.

One common reaction to a downturn is to cut advertising, but experts are divided about it. Financial experts like Askew favor conserving the cash while consumers are hunkered down and not in the mood to shop; marketing experts like Fruchtman advise the opposite.

“There’s no reason to be spending dollars on TV, radio, or even boosting on Facebook and [pay-per-click] for that matter, when nobody is going to be purchasing anything other than essentials,” says Askew. 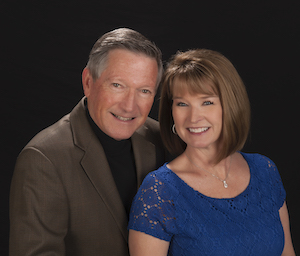 “I can tell you from experience that the retailers that remained front and center in 2008 got stronger,” argues Fruchtman. “Sales volumes increased, without a doubt. We don’t know if this is 2008 or if it’s only a three-month deal, but I wouldn’t pull now. I’m not saying that because I’m in advertising, I’m saying it because we’ve seen it. In 2008 the companies that committed to staying and keep going as normal got even stronger.”

Compounding the issue is that this is a presidential election year, says Fruchtman. “We always see some sort of up or down in a political year. It’s always a tenuous time no matter what until a decision is made.” It also means that buying ads later on may be more difficult as you’re competing with political ads, she points out.

If nothing else, the coronavirus situation drives home how important e-commerce is. Fruchtman says that while small stores are different than large stores where lots of people touch the merchandise, it’s still important to remove any potential pain points. “Let customers know you have options. You can video-chat, or even be a concierge jeweler and go to their house and do other things than in-store shopping.”

Improve your web site and begin to regularly reach out to your clients electronically, adds Jeff Gordon, president of The Gordon Co. “You must have a strong online presence during this period.”

Beyond that, most consultants agree that the best course of action is to continue doing all the things that made you a successful retailer in the first place. For a list of tips and ideas, see Part II in the March 13 Sales Strategy edition of The Centurion Newsletter.