New York, NY—When gem trader Yianni Melas went on a hunger strike in 2017 to protest leadership corruption in Angola, it aroused some passing interest in the jewelry trade press, but little else. The industry might not have paid much attention, but The New York Times did.

Melas launched a weeks-long hunger protest outside Christie’s Geneva in 2017, just as it was getting ready to auction a magnificent 163-carat necklace for Swiss jeweler De Grisogono, which is owned by Angolan billionaires Isabel dos Santos (left, wearing De Grisogono earrings) and her husband Sindika Dokolo. The two are under investigation for corruption and using national funds for their own personal gain.

Melas, an activist and advocate for social justice in the diamond and gem supply chain, wanted to draw attention to the ownership connection between dos Santos and De Grisogono, something he told National Jeweler he was surprised wasn’t common knowledge in the industry. Image: Getty Images via BBC.

It is now. A trove of documents detailing dos Santos’s business dealings was leaked to an international consortium of investigative journalists, and on Tuesday the Times exploded with another ripping exposé of a less-than-glittering part of the jewelry industry: a tangled web that places dos Santos in the middle of an immense money-laundering scheme involving De Grisogono, a corrupt Angolan government, and multiple high-profile American business consultancies such as Boston Consulting Group, PwC, and others. That night, PBS’s news program Frontline aired the story as well, titled Luanda Leaks.

Funneled as they are through multiple shell and holding companies, untangling dos Santos’s finances is more complex than cleaning up after a dozen kittens with yarn balls. But both the article and the TV report established without a doubt that the billionaire heiress—eldest daughter of former Angolan president José Eduardo dos Santos—owns a piece of pretty much every profitable pie in the country, from diamonds to oil to telecommunications. In 2013, Forbes pegged her worth at over $3 billion, and her lavish lifestyle included high-profile celebrity events, parties, and sponsorships, many of which were paid for with Angolan state funds. Meanwhile, the citizens of her country live on less than $2 a day and have some of the lowest life expectancy rates and highest infant mortality rates in the world. 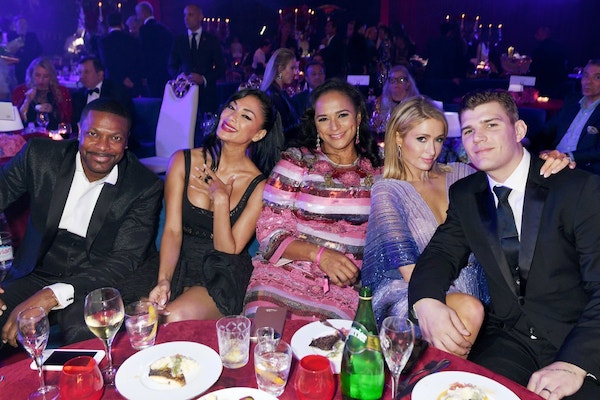 This is the third time in a year that the New York Times has uncovered secrets that some in the industry would undoubtedly have preferred stayed hidden. In April 2019, the paper dug deep into both the Sterling sexual harassment scandal and in September, its TV documentary series The Weekly was the first of several reports digging into the criminal aspects of the Colombian gold trade.

To be fair, Tuesday’s reports, the result of investigations by three reporters for the Washington, DC- based International Consortium of Investigative Journalists, doesn’t tar the entire industry, just the dos Santos/De Grisogono/Angola connection. The PBS program didn’t reveal anything new that the Times hadn’t already covered, but it did film the abject poverty of the country and interviewed families living in squalor while dos Santos used the national treasury to finance her business empire.

Even though the Frontline report focused equally on dos Santos's interests in real estate and oil as much as diamonds, the visual juxtaposition of beautiful jewels and diamonds against the garbage-strewn dump that many Angolans call home is not flattering to the industry, to say the least. And as consumers are demanding both accountability and responsibility from the companies they do business with, it could be enough to raise more doubts about an industry that’s been struggling to put the conflict diamonds narrative away and reassure consumers that the jewelry they buy for a happy reason isn’t causing harm or grief to anyone half a world away. 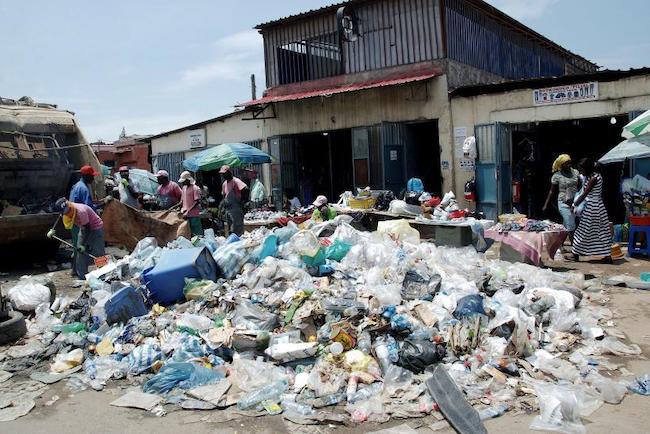 The reports juxtapose dos Santos's luxurious life against the daily reality of Angolan citizens, who live on less than $2 a day and diseases like cholera, yellow fever, and malaria are rampant.

Read the New York Times article in its entirety here. (Subscription may be required).

Carlsbad, CA—Effective immediately, GIA (Gemological Institute of America) will suspend diamond sealing services. The Institute is taking this action after recently encountering a small number of GIA sealing packets that had been compromised by third parties after the packets left GIA. GIA determined that the diamonds originally enclosed in the compromised packets had been replaced with HPHT (high-pressure, high-temperature) treated natural diamonds. The substitute treated diamonds superficially matched the GIA report information for the original diamonds, including information on the sealing packet data label.

GIA is suspending sealing services in all locations indefinitely, pending an investigation of the source of this fraud.

The verification service will be provided free-of-charge for diamonds received in a sealed packet. Laboratory clients with further questions should contact their GIA client service representative.

Danforth is vice president of client solutions for Jewelers Mutual Group and is involved in a number of industry organizations and boards: the Women’s Jewelry Association, the Jewelers 24 Karat Club of Southern California, and the 24 Karat Club of the Southeastern United States, where he sits on the scholarship committee.  He also actively supports several local charities in his hometown of Charlotte, NC.

Danforth brings 25-plus years of training, sales, marketing, and finance experience to the Gem Legacy board. “We’ve asked Craig to join us because his varied experiences and deep understanding of the many aspects of our industry make him a priceless asset to our mission,” says executive director Roger Dery.

“I’m honored to join the Advisory Board of Gem Legacy, champion its philanthropic mission, and further expand awareness of its vision,” said Danforth. “It is exciting to be a part of an organization dedicated to fundamentally changing the lives of the often overlooked, yet extremely hard working individuals (and their families) who are so critical to the success of our industry. I’m also grateful to Jewelers Mutual for supporting me in advocating worthy causes I’m passionate about. Giving back has been at Jewelers Mutual’s core for over 100 years.”

The board advises Dery on communications, public relations, and initiative planning. Danforth joins Chris Clover of Field’s Jewelers; writer Peggy Jo Donahue; Ben Smithee of The Smithee Group; and Monica Stephenson of Anza Gems and iDazzle on the board.