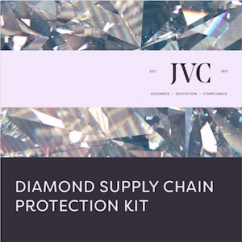 This kit, which is generously sponsored by SGL Labs and the 2019 JCK Industry Fund, provides clarity on the diamond-related directives of the Federal Trade Commission’s recently revised Jewelry Guidelines. In the kit are a handout that breaks down the exact wording you can and can’t use when advertising natural and laboratory-grown diamond advertising in print and online, and two Supplier Code of Conduct and Disclosure Agreement templates: one for companies that use natural diamonds only, and another for companies that use natural and laboratory-grown diamonds. Retailers can use these agreements as a tool during negotiations with new vendors, or can personalize them to use with existing suppliers, to ensure solid assurances that the goods accepted into the supply chain are as represented.

JVC hopes industry professionals will use this free resource as part of their day-to-day business to educate themselves, their employees, and their suppliers on the correct ways to advertise natural and laboratory-grown diamonds, and to promote best practices in our industry.

Tiffany Stevens, JVC CEO, president and general counsel, says, “JVC is dedicated to enabling a thriving jewelry trade. We have distilled the best practices of the majors, specifically how they protect their supply chains and conduct negotiation with vendors. We are so excited to launch this kit and offer that valuable information as an easy to use, free and high impact package to all jewelry retailers across the country.”

Steve Feldman, vice president of sales and marketing forSGL Labs, adds, “As lab-grown diamonds enter the mainstream of our industry, new concerns and challenges surface that need to be addressed. As always, JVC is at the forefront of this effort.”

The free kit is available here.

New York, NY—Top-performing jewelers are earning over $600 gross profit per square foot. These are a few of early data points the JA/JBT Retail Jewelers Benchmarking Study is discovering. The study, sponsored jointly by Jewelers of America and Jewelers Board of Trade, is still open and there is still time for retailers to participate and find out how their store stacks up.

Jeweler Jeff Corey, owner of the Maine-based Day’s Fine Jewelers chain, and a JBT board member, says, "Benchmarking shows not only what we're good at, but also where there's room for improvement to help the bottom line.  I’m thrilled that JBT has partnered with JA to produce this valuable tool and encourage all retailers to take part."

Data points include number of units sold, average inventory per store, and net sales per square foot. Also, locations/regions, size, lab-grown diamond jewelry and much more. Participants who complete the required questions will have access to the free interactive comparative data tables, charts and reports. Following the data collection period, non-participants can buy the Benchmarking Report for $295.

Retailers can gain a clear picture of their operational and financial performance by completing the Retail Jewelers Benchmarking Study here: http://benchmarking.jewelers.org.

Night At The Warehouse Club: Thief Steals $13K From Costco

Sharpsburg, GA—By hiding behind a display sign at a Costco warehouse store, a thief in Georgia was able to stay behind after the store closed and make off with about $13,000 of fine jewelry.

The thief managed conceal himself for about five hours, JCK reports. Employees closed and locked the store, not realizing he was still inside the building. He then proceeded to smash the jewelry cases, steal the jewelry, and leave in a four-door vehicle shortly after midnight.

Though such “lock-in” burglaries are rare, they’re not unheard of, Jewelers Security Alliance president John Kennedy told JCK,and in fact it’s happened before at Costco. Although it’s more likely to happen at a larger store, even independent jewelers are should check the bathroom, stockroom, etc. before closing for the night.

Power-cutting is fast becoming a popular way for thieves to conduct a jewelry store burglary, says JSA. In one instance, a jeweler who happened to drive by to check on his store noticed his power was off and notified police, who staked out and hid inside the store overnight and caught the burglar returning at 3 a.m.

In addition to checking out all possible hiding areas, JSA advises jewelers to follow these tips:

Ottawa, ON, Canada—Ian Rowe has been appointed the new executive director of the Diamond Development Initiative, which works to improve the economic status of artisanal miners in the diamond industry. He succeeds Dorothée Gizenga, who as DDI's founding director provided leadership and inspiration for more than a decade. She has stepped down to new role as regional director based out of Kinshasa, DRC. 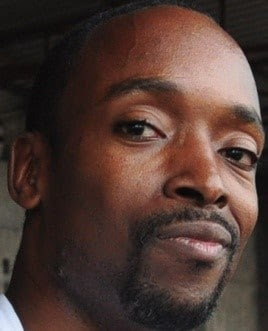 Rowe has served as DDI’s deputy executive director since last September. He brings two decades of experience working in Africa, Latin America, and the Caribbean, working with civil society organizations and United Nations agencies in the areas of development, socio-economic recovery and conflict prevention. He has held senior UN management positions in the Democratic Republic of Congo and Haiti, and has worked in a variety of staff and consulting positions in Kenya, Somalia, Burundi, and Bolivia. In 2008 he served on a UN Panel of Experts on the Sudan, investigating violations of the arms embargo on Darfur.

Prior to joining DDI, he served as Director of the Disarmament, Demobilization, Repatriation, Reintegration and Resettlement Division within the UN Stabilisation Mission in Congo (MONUSCO). Based out of Goma, he held responsibility for managing 14 regional offices in support of the government-led disarmament, demobilization and reintegration process.

As the deputy executive director of DDI, Rowe managed field operations in Sierra Leone, and led a six-month strategic planning process to position DDI for a future in which artisanal mining is expected to become a much more prominent development challenge.

"Artisanal miners are at the wellhead of the diamond pipeline," he explained. "Bringing them into the formal diamond economy benefits them, their communities and the industry as a whole. Scaling up what we have learned about the process is the task ahead."

Previous article:
Celebrity News: Hearts On Fire And Mémoire On The Red Carpet