Norwood, NJ—Ann S. Arnold, a jewelry financial consultant, recently appeared on the third hour of the Today show, together with her sister, Isabella Fiske, and their father, Mark Schonwetter. The Schonwetter family owned the former Lieberfarb wedding band manufacturer (acquired by Novell.)

Arnold also is the author of Together: A Journey for Survival, the 2016 book that details the harrowing story of how her father, Mark Schonwetter, survived the Holocaust and eventually immigrated to the United States and became a jewelry manufacturer.

Now Arnold and her sister, Isabella Fiske, have formed the Mark Schonwetter Holocaust Education Foundation, whose mission is to expand and support Holocaust education for students around the country and to provide funds for educators to implement curriculum into their lesson plans.

“We want to promote respect and kindness through learning the lessons of the past and applying them to today,” says Arnold. “We will be awarding grants to schools for both educational materials as well as for field trips and programs.

Related: A Jeweler’s Journey Of Survival From The Forests Of Poland To JCK Las Vegas

Mark Schonwetter’s father, Israel, was seized by the Nazis in 1939 and executed along with the other Jews in their town of Brzostek, Poland. But because of the kindness of someone who had overheard the Nazi’s plans to round up and kill all the Jews of the village and warned Schonwetter’s mother, Sala, she was able to grab the couple’s two children and flee. A neighbor hid them at first, lying to the Gestapo at risk of their own lives. After the officers left, Sala fled with the children into the woods near their home. For the duration of the war, they hid in forests and the countryside, surviving by their wits and the occasional help of a few courageous Gentiles who risked their own safety to help the struggling little family. 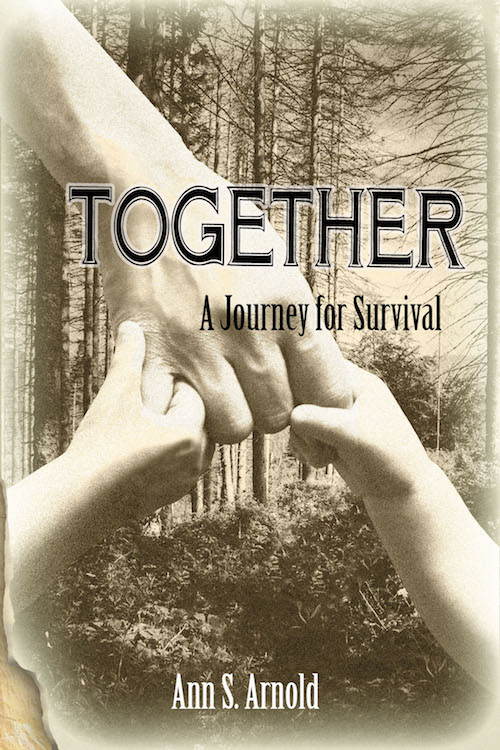 Since the book’s release, Schonwetter has worked tirelessly to ensure the lessons of the Holocaust are not forgotten, traveling and speaking to all generations.

“I am a survivor of the Holocaust; however, I am from a generation that is fading away. In a short period of time this generation will not be around anymore,” he says. “However the message that we have has to survive future generations, and it makes no difference who you are, a Jew, Christian, Muslim, or any combination. It may happen to you, it depends who is in power at the moment. Don't allow it and be aware of what is happening in the world and don't turn a blind eye and think it can't happen here or again.”

“Kids hear this and it’s just a story, but because of the kindness of people, my dad is here and alive,” said Arnold on the program.

"So many people don’t even realize that six million Jews and five million other people were killed,” added Fiske.

Third hour host Sheneille Jones brought up the current climate of anti-immigration and division in the country. “We live in a climate where people don’t want to talk to strangers, and we look at people as ‘other.’ How do you see that?” she asked.

“My mother walked up to strange Polish farmers and asked them to take us in. Some did and some didn’t but because of the kindness of those who did, my mother, my sister, and I lived,” said Schonwetter.

“What about the Holocaust deniers?” Jones added.

“We have living proof that it happened,” responded Fiske. “My father lived through it. You can’t change someone’s personal history. Fact is fact. If people want to deny it, they’re the haters and you just have to ignore the haters.”

“We educate about the Holocaust but really we’re trying to promote kindness and compassion. My dad has a saying: ‘Live every day with love, not hatred, and you will accomplish so much more in life,’” said Arnold. “We hope to spread this message.” Visit the Foundation website at www.mshefoundation.org.