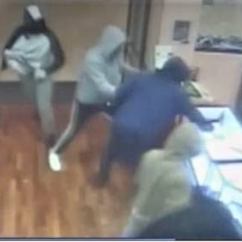 In Chino Hills, four suspects sprayed a chemical substance at a jewelry store employee and demanded the employee go to the back of the store. The suspects used tools to smashed several showcases and fled in a waiting vehicle. The incident occurred Nov. 27 at 3:23 p.m.

In Rancho Dominguez, on December 2 at 11:30 a.m., several suspects were shopping in a jewelry mall and faked a fight to distract the security guards. They smashed showcases and took jewelry items, and two employees were shoved to the ground.

The robbers had multiple cars waiting with engines running. Police were able to take two suspects into custody and are looking for five more, says JSA.

On December 3 in Sacramento, the two white male suspects pictured below entered a retail jewelry store and looked around for a minute. The suspects both pulled guns on the husband and wife owners, and backed them into a corner before cleaning out the jewelry cases. The victims report that one of the suspects was in the store earlier in the day and then returned to rob them. 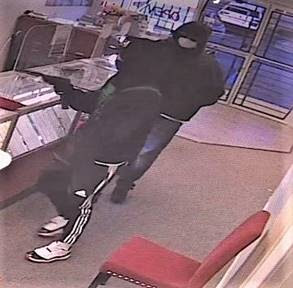 To see a video of the robbery, go to: Jewelry Store Owner Says Suspects Stole 300K Worth of Merchandise – CBS Sacramento (cbslocal.com).

Finally, in the Dec. 7 incident in Carmel By The Sea, three people got out of a car with sledgehammers and entered a retail jewelry store. They smashed showcases and took merchandise, but when they saw a security guard they fled. The California Highway Patrol was later able stop the car, and two suspects were detained, while the other two were not located.

In this dangerous time, JSA reminds jewelers of its recommendations regarding smash and grab robberies:

2. Showcases with burglary-resistant, laminated glass on the front and sides, and special frames, can withstand many blows with a hammer and can prevent or reduce large losses.JSA has not seen robbers take retaliatory action when laminated glass is used and robbers are unable to enter a showcase or are able to take only a small amount of merchandise from a small hole. Furthermore, robbers frequently cut themselves on small holes and leave behind valuable DNA evidence from blood.

JSA asks anyone who has information on those cases or the suspects involved, or any jeweler that has a crime or even a suspicious incident at their store, to please contact JSA at (212) 687-0328 or jsa2@jewelerssecurity.org.