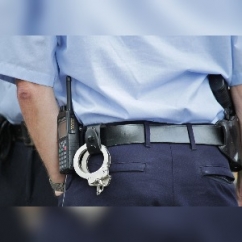 Los Angeles, CA--The Brink's truck was filled with gems and jewelers, and when it was robbed near a California rest stop earlier this summer. It also had a driver who was asleep.

A report highlights a court lawsuit alleging that the Brink's tractor-trailer guard was asleep when thieves stole millions of dollars worth of precious stones from the parked truck. The thieves reportedly got away with 22 bags of jewelry from the vehicle while one driver slept, and the other spent nearly 30 minutes away from the vehicle to get food.

The heist has been the subject of multiple lawsuits filed this month. In a federal lawsuit filed on August 4 in a New York court, Brink's stated that the pickup manifests signed by the jewelers were worth $8.7 million.

Per the report, the incident took place near the "Flying J" rest stop and gas station in the community of Lebec — 75 miles north of downtown Los Angeles. The items were transported overnight from a San Francisco Bay Area jewelry show.