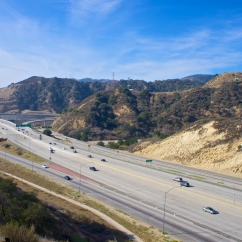 Los Angeles, CA--Jewelry and gems worth millions of dollars were stolen from an armored truck belonging to exhibitors at a California retail show traveling north of Los Angeles on July 11.

According to a Reuters report, the robbery occurred in Frazier Park while the truck was headed toward a storage facility.

"It's all fine jewelry ... and they're just gone," a victim told a Los Angeles-based TV station, per the report. "Sunday you had merchandise, today you don't have anything."

As per the report, a press release by Brink's stated that the missing items were worth nearly $10 million. Brandy Swanson, director of the International Gem & Jewelry Show, said the items were worth $100 million.

Swanson explained the discrepancy, stating that smaller exhibitors undervalue their items for insurance because of high coverage costs. She added that he and his team were working closely with law enforcement and the FBI.

In another report, Arnold Duke, president of the International Gem and Jewelry Show, said that the exhibitors were moving the items to Pasadena. Duke added that the truck contained many plastic containers weighing 70-100 pounds filled with gems, jewelry, and watches. “This was an absolutely huge crime. One of the largest jewelry heists ever. We are talking gold, diamonds, rubies, emeralds, and loads of luxury watches," Duke said in the report.

Specific security details on the robbery are unclear; It is also unknown if there were any tracking devices on the lockers or security cameras in the area.

"These victims are mom and pop operators, but the value that was in those lockers is worth more than people understand," Swanson said, per the report. "That's their life. Their whole life's savings is now gone."

Next article:
This $1.73 Million Swiss Watch Is Now the World’s Thinnest at 1.80mm