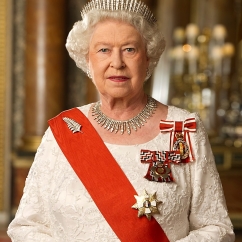 New York, NY--Queen Elizabeth II died at Balmoral, aged 96. Over the decades of her iconic reign, the Queen had plenty for her fans to talk about, one being her jewelry — some of the most spectacular items dazzling her jewelry, crows, and tiaras.

The first of these, of course, is the imperial state crown. According to a report, the Imperial State Crown was created in 1937 to coronate King George VI. The Queen first wore it for her coronation in 1967. The crown weighs 2.2lbs. Elizabeth, per the report, revealed that she had it shortened by an inch so it could fit her well and not feel too heavy on her head.

The second item is the Queen's engagement ring — personal jewelry of three-carat diamond solitaire made from the tiara owned by the mother of the late Duke of Edinburgh.

The third on the list is the Crown Amethyst Suite of Jewelers. The seat features a diamond brooch, necklace and earrings — initially owned by Queen Victoria's mother, the Duchess of Kent.

The Crown Ruby Necklace is another item that draws attention. The piece was designed by Prince Albert for Queen Victoria and was inherited by the Queen after her mother died in 2002.

Another piece is the Victorian Suite of Sapphire and Diamond Set, which the Queen commissioned to pair with her earrings, pendant and necklace given by her father as a wedding present. The tiara and the matching bracelets were only added to the item in 1963 — more than 100 years after it was originally created.