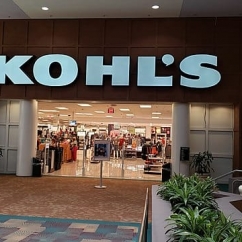 Eau Claire, WI--Authorities charged a man with theft after he was said to have hidden in Kohl's Department Store overnight and stolen over $20,000 in jewelry on April 28-29.

According to a news report, the suspect, 26-year-old Thomas McRunnel of Rosemount of, Minnesota, was charged with burglary and retail theft — both felony; charges.

Per the report, court documents revealed that police responded to the security alarm that had gone off at the scene. The store's security company said they saw a man on security cameras inside the store. When officers arrived, there was nobody at the scene. Kohl, per the report, says that $22,915 worth of jewelry had been stolen. At least four drawers had been opened and emptied.

The report notes that the suspect has been identified by Kohl's loss prevention team as involved in multiple jewelry thefts in Kohl's stores. He'd been involved and had been on bail on other charges too.

The report suggests that the suspect — arrested by the police on June 4 — could face a maximum sentence of 22 and a half years and a maximum penalty of $50,000 if convicted of charges.

Previous article:
Retail Skills Every Sales Associate Should Have (And How To Develop Them)