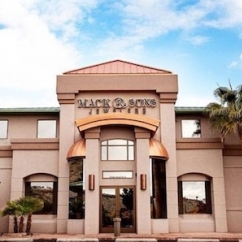 St. George, Utah—When Jerrold and Shirley Mack decided to relocate their jewelry store, Mack and Sons, left, from Oregon to Utah, it was a leap of faith. The store, along with their entire family, had been a fixture in Baker City, OR for more than 50 years.

The story of Mack and Sons began shortly after WWII, in 1949 in the small community of Baker City, in the heart of Oregon’s timber region. Fabian and Irene Klein Mack were a young couple who met when they both worked in a jewelry store in their home state of North Dakota. Fabian, a WWII veteran, did what many other veterans of the time did: after his service, he went to school—the Denver Horological Academy—for watchmaker training. He and Irene moved west, purchased a business in the lobby of the Antlers Hotel, and a few years later expanded to a Main Street location and raise a family that eventually grew to 13 children.

By 1956, Fabian had earned a G.G. from GIA, one of the first in the state of Oregon. The business, meanwhile, grew to six stores.

“I remember all of us worked in the store, sweeping, engraving, and making gift bows,” remembers Jerrold Mack, one of Fabian and Irene’s sons. “We learned how to do everything.”

In time, Jerrold and his wife Shirley took over the business, and later partnered with his brother Joseph Mack, and Mack’s Jewelers became Mack and Sons, a three-store business. 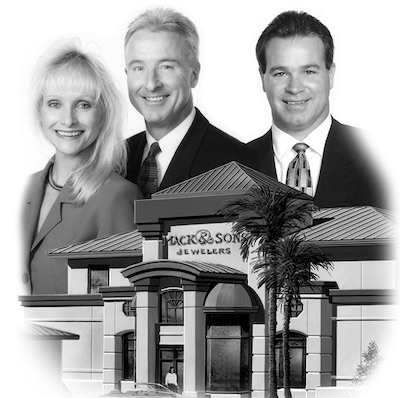 However, by 2001 the timber industry that was the region’s main economic engine had started to decline, and Jerrold, Shirley, and Joseph saw the handwriting on the wall. After 50 years in business in Oregon, it was time to move the family store.

“Investing 50 years in our community and leaving behind good friends was a big step,” remembers Jerrold.

The Macks did market research on the best area to relocate the store, including options out of Oregon altogether. They kept coming back to the St George, UT area, in the southwestern part of the state near the tri-state junction of Utah, Arizona, and Nevada. St. George is actually closer to Las Vegas—about 118 miles to the northeast of it—than it is to Salt Lake City, which is 300 miles further northeast. With a pristine environment, natural beauty, and proximity to several national parks and Interstate 15, St. George is a popular a draw for tourists.

“Not only is it a growing area, but it’s also just absolutely gorgeous country!” says Mack.

The leap paid off, but it could have been a disaster. The new store was scheduled to open in November 2001—just two months after the devastating attacks of September 11.

“We were very nervous,” remembers Mack. “Our business philosophy is to invest in our communities with hard work, superior service, and quality products. We saw a chance to serve the St. George area, especially because of our level of expertise and experience in the industry.”

Mack and Sons’ business philosophy struck a positive note with the community, which led to great success and the need to expand the St. George store in 2007.

Jerrold Mack also credits his wife, Shirley, with the store’s success. “She is the rock of the store. For 44 years, we’ve worked side by side in this business, I couldn’t have done this without her,” he says.

But after 70 years, it’s time to move on to the next chapter. The store began its going-out-of-business sale on November 8. Still, Jerrold and Shirley plan to stay in the St. George area.

“St. George is our home. It’s been very gratifying serving this community for so many years. We have made so many wonderful friends and acquaintances,” said Mack.

Separately, Michael Pollak, CEO of the 10-store Denver, CO-based Hyde Park Jewelers, is stepping down from the day-to-day CEO role, though he will remain the retailer’s nonexecutive chairman and he and his wife, Shereen, remain the company’s sole shareholders. 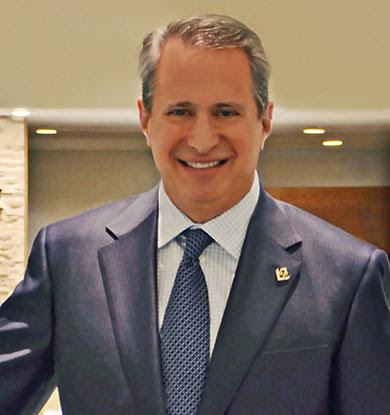 Pollak, who has served as CEO since cofounder Steven Rosdal retired in 2007, emphasizes that his new role should be looked upon as a pivot, not a retirement. In an interview with JCK,he said, “Shereen and I have come to the realization that what we’ve created has reached our initial set of goals. We will focus on other businesses that we have, as well as other things that give us pleasure in life.”

Next article:
The Month In Review: November